No complacency among the vines 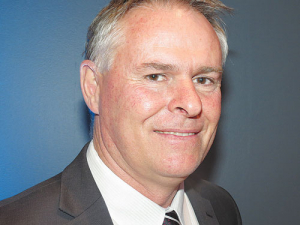 Zespri's results are positive for everybody -- Gold, Green or organic growers and Zespri shareholders -- but you should never become complacent, says chairman Peter McBride.

“Five years ago when we were staring down the barrel of Psa a lot of people were feeling threatened but we now have to pinch ourselves because we’ve made a massive turnaround in a really short time,” he told Rural News.

But people can become complacent, he says.

“We can’t just take our foot off the throttle; we’ve got to keep looking at how we can improve the business all the time. You’ve got to make gains in the good times as much as in the hard times.”

He is “quietly confident” the industry will continue to grow and do well.

The results for Gold this year reflect the demand for the product and the pricing in the market, he says.

“We had strong results for Gold so that also underlines our confidence in releasing more hectares.”

“The customer and consumer response to SunGold continues to be very positive, supporting our confidence in market demand.”

While some commentators have predicted per tray returns would drop as volumes increased, McBride says the increase this year “just shows the strength of the market”.

“We have been able to grow Japan and China significantly and they are high returning markets. Over the five year plan from now we expect to see some easing in prices with the volumes we are predicting. But we’ve got a lot of control over the Gold volume and price.”

Gold doesn’t have the same level of competition as Green.

“With Green we go head to head with Chile; there is always price tension there and I guess customers can choose to walk away from us if the price is too high.”

Green was one of the challenging aspects of the season.

“A sharp increase in Green volume and a late start to the season due to delayed maturity put pressure on pricing but record average yields of 12,281 trays/ha meant the industry could achieve per-hectare returns of $53,555.

McBride says the big swing upwards in volume meant you had to go to the market later with some of your crop. “You are selling into more marginal markets so that dilutes the return per tray.”

The reason for the big green crop is not entirely clear; it is likely a seasonal impact. They have seen some incremental technology improvements and productivity gains but not much.

“This year we are seeing a swing down, with the same management being applied, but we are getting lower crops. This season it is significantly down.”

Zespri’s original target was to get Green kiwifruit above $50,000/ha.

“We bobbled along for quite a while in the 30s and that wasn’t good enough,” McBride says. “Strategic decisions made about in-market pricing particularly in Asia -- increasing Gold volumes and reducing Green volumes slightly. That certainly helped, getting it up over the $50,000 last year.”

“We can’t control the volume the growers give us and there is definitely a relationship between volume, price, time in the market, fruit loss and obviously market mix. But we can push pretty strong per hectare results consistently.”

With last year’s licences they didn’t get the income because a lot of them were deferred payment, says McBride.

But in the present financial year a lot of money will come in at the end of July. Zespri wants to pay a special interim dividend payment to push out as much cash as possible to their shareholders, within reason, after meeting solvency checks, etc.

“Apart from our prudent retentions we have a dividend policy of 70-90%; we have indicated 80-90% would be distributed just to give market guidance because people are buying shares.

“But obviously the big jump in profit is driven by the licence releases. Over time in terms of the share value there will be more licence releases but the long term measure of it will be determined by the royalties and the global supply business. Over time those revenue lines will take up the slack of fewer licences being released by then.”