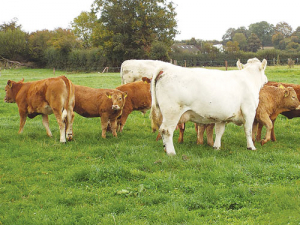 With the UK’s Brexit scheduled for April 1, 2019, discussions in Ireland are centred on tariffs, with a general call for a ‘soft’ Brexit that would allow present cross-border agreements to apply in the foreseeable future.

On an Enterprise Ireland Study Tour, Dairy News reporter Mark Daniel observed the Irish dairy industry, noting that the country’s food and drink exports are valued at about €12.6 billion, split between international markets at 32% (€4bn), the EU at 33% (€4bn) and the UK at 35% (€4.5bn).

A December 2017 livestock survey showed that the Irish national herd is about 1.34 million dairy cows out of the EU total of 23.5 million head. Numbers increased by 3.7% over the 2016 season to an average herd size of 80 cows and a contribution of 30% of gross agricultural output.

Comprising about 5% of the EU’s total dairy cows and 4% of Eurozone milk supply, herds are mostly Holstein/Friesian with cross-breeding on the increase largely to Jersey sires.

Ireland’s milk production represents no more than 1% of world production.

The country claims to be the largest supplier of specialised infant milk formula, particularly to Asian markets.

Looking forward, the Irish Agri-Food Strategy is centred on two key initiatives: Food Harvest 2020 and Food Wise 2025. The former seeks to grow food exports to €12 billion by 2020, and to grow milk output by 50% to achieve a Euro market share of 7-8%.

The Food Wise 2025 is aimed at increasing agri-food exports by 85% to €19 billion, increasing the value of primary production by 65% to €10 billion, and creating an extra 23,000 jobs in the agri-food sector.