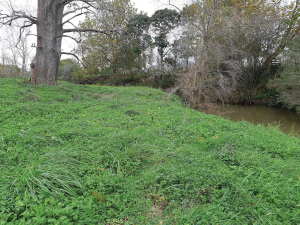 Lewis Road Creamery is moving to help a South Auckland community in its work to improve the health of a river.

The Wairoa River flows from the Hunua Ranges, through Clevedon and out to the Hauraki Gulf.

Land clearance and urban development have affected it for decades. Loss of native forest has cut into the habitat for wildlife, river banks have eroded and sediment and other pollutants have entered the water. Damming has changed the rivers natural flow.

Lewis Road Creamery, notable for organic milk, will match the public’s first $10,000 in donations to the project.

Georgina Hart, who leads Million Metres at the Sustainable Business Network, says the Wairoa River project is an example of how everyone can act to restore New Zealand’s waterways.

“Businesses that get behind waterway restoration are a help. We can’t leave it to someone else to clean up our rivers.”

Peter Cullinane, the founder of Lewis Road Creamery, says “we want to play our part”.

Along with the money the firm is encouraging its 200,000 followers support the crowdfunding goal and then join in on planting day to dig and plant trees.

The plants and trees will come from Te Whangai Trust, which assists long term unemployed and prisoners to gain work skills at its four nurseries in Auckland.

It has worked with 45 community groups and landowners and has raised $1.4m to help restore 52km of waterways with 300,000 trees.