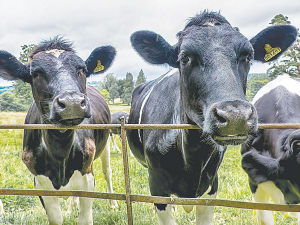 At the end of lactation, dairy cows require a dry period that is sufficiently long to allow the udder tissue to repair and rejuvenate.

Alveolar cells, the cells that synthesise milk, collapse and the number of active alveolar cells declines to a minimum during the early dry period.

New secretary tissue is laid down when cows start to 'freshen' ready for calving, so that the total amount of secretory tissue increases from one lactation to the next.

A minimum of six weeks (and preferably eight weeks) is recommended between dry off and calving for regeneration of udder tissue.

A significant reduction in production has been observed when the dry period is less than 20 days.

Another physiological change occurs at the start of the dry off period - closure of the teat canal with a keratin plug made from the cells lining the teat canal.

This is critical for preventing new infections over the remainder of the dry period.

More than 20% of quarters do not have a teat plug by six weeks after dry off. Factors such as the presence of teat end cracks or lesions, the level of milk production before dry off or milk flow rate before dry off have been associated with delayed closure of the teat canal after dry off.

Increasing antimicrobial resistance (AMR) is an issue in human and animal health.

Antimicrobial use for treatment and control of mastitis is the major indication for antibiotic use in New Zealand dairy cows. For herds with a low bulk milk somatic cell count, low incidence rate of clinical mastitis and low culling percentage for mastitis-related problems, it is likely that few cows are truly infected at drying off.

For these herds, routine use of antimicrobials in every quarter of every cow at the end of lactation is not justified. Internal teat sealants should be used in preference to antibiotic dry cow therapy to prevent new infections over the non-lactating period, in those cows unlikely to be infected at drying off.

Calculate dry off dates to ensure that all cows get at least a six-week (preferably eight-week) dry period.

These provide the best estimate of optimal drying-off dates. The optimal dry period length is 6 to 8 weeks. This allows cure of existing intramammary infections and replacement of secretory cells within the mammary gland.

Observational studies from North America have found that milk production is maximised with dry period lengths of approximately 40 to 60 days.

A systematic review reported that shorter dry periods were associated with a 4.5% decline in milk production in the subsequent lactation, an improved postpartum negative energy balance and a better body condition score, but no effect on incidence of mastitis, metritis, retained placenta, or displaced abomasum, and variable effects on subsequent reproductive performance.

In herds that operate split calving, keeping track of individual cow dry periods can be difficult. Care should be taken to ensure that all cows experience a dry period of at least 6-8 weeks (42-56 days).

Refrigeration is crucial in milking shed

Refrigeration is a key element in ensuring milk is cooled and stored at the correct temperature and there are a range a range of products and solutions for dairy farms of varying sizes.

Milk cooling affects milk quality. The quicker the milk is cooled after milking, the better the quality when it is collected from the farm.