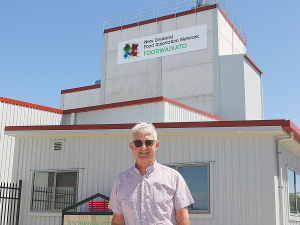 The decision to set up spray drying facilities in Waikato is paying off, says FoodWaikato's outgoing chief executive Stuart Gordon.

"It was the right decision but it took a lot of guts back then," he says.

Gordon, who headed FoodWaikato for nine years, helped grow the business from two staff to nearly 40.

He says it is an outstanding investment and is helping independent sheep and goat milk producers make niche products for both domestic and export markets.

He says the growth in New Zealand's sheep milk industry was a boon for FoodWaikato which has a bright future.

"The value of New Zealand's total supply of dairy sheep milk is likely to triple to $4 million over the next three seasons," he told Dairy News.

FoodWaikato's first dryer was built in 2012, costing $17m and having the capacity to produce half a tonne of spray dried powder per hour.

Although small when compared to 8t/hour dryers in the bovine industry, the facility became a stepping stone for fledgling goat and sheep milk producers.

In 2020 another slightly bigger dryer - producing 1.2 tonnes of powder every hour - was added.

Today FoodWaikato offers specialised spray drying facilities for the manufacture of innovative dairy products, including infant formula. It tripled its manufacturing capacity with the commissioning of a new spray dryer in 2020.

Its customers include New Zealand's two biggest sheep milk producers Maui and Spring Sheep, both of which are tenants at the neighbouring Innovation Park. It also manufactures product for Australian-based Nu Mega, which develops bioactive ingredients for health and nutritional products.

With several key points of difference compared to the bovine sector, it has the potential to grow its ingredients, infant formula and nutritional products.

Gordon says some marketing advantages of sheep milk include better taste and it is more digestible than cow's milk. "They also have a lower emissions profile," he says.

Gordon says the goat milk sector has been impacted by Covid.

It has decimated the daigou sales channel, where Chinese visitors to Australia and New Zealand bought goat milk formula and powders for neighbours and friends back home.

International students from China were also major participants in the daigou sales channel.

"At the moment it's a bit hard for the goat milk sector but they still bounce back."

Gordon will remain involved with Waikato Innovation Park as its part-time chief executive.

He hopes to spend more time fishing and playing golf as a semi-retired CEO.

He later became CEO of the Park and took over as FoodWaikato CEO in 2013.

FoodWaikato's open access spray dryer at Waikato Innovation Park is operating at capacity, helping companies using it for research and development to grow their export markets.

THE WAIKATO Innovation Park will use a $3m equity injection from Callaghan Innovation to kick off a $5m expansion of the FoodWaikato spray drying facility this month.