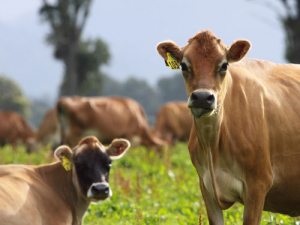 While many people have rested from the stresses of work over Christmas and the new year, reality can be different for farmers.

While many people have rested from the stresses of work over Christmas and the new year, reality can be different for farmers.

Summer is a busy time in the farming calendar, and the general manager of the New Zealand Dairy Industry Awards, Chris Keeping, says it is just as important for farmers to take a break as any other person.

“Farming is a 24/7 commitment: the cows don’t milk themselves and the hay doesn’t get cut by itself, however it is vital that farmers find time to rest and relax with family and friends,” she says.

“The summer has been a mixed bag weather-wise, which can add a different type of stress to the mix.”

However, Keeping says entrants in the New Zealand Dairy Industry Awards who used their summer holiday to prepare for the 2017 competitions will be one step ahead of their competitors, as awards activity heats up.

The awards scheme, which embraces the Share Farmer of the Year, Dairy Manager of the Year and Dairy Trainee of the Year competitions, received 424 entries prior to Christmas.

Keeping says information events for entrants and sponsors have already been held in some of the 11 regions, and the rest will take place over the next few weeks.

“These events provide an opportunity for entrants to meet, and to learn more about the awards and what to expect, as well as connecting people within the industry.”

Full details of the entrant and sponsor events can be found at www.dairyindustryawards.co.nz

Keeping says the events are useful for entrants as they prepare for judging, which begins for the dairy trainee competition in Taranaki, Hawkes Bay/Wairarapa and Northland on January 24.

There is no onfarm judging component in the dairy trainee competition. Instead entrants participate in a short practical session covering everyday farming tasks and an interview.

Each entrant determines how best to meet the judging criteria, so they must make the most of that time and plan well. “This is where time spent planning over the summer will pay off,” says Keeping.