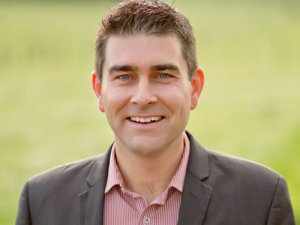 While demand from China and ASEAN countries for New Zealand milk continues to grow, export margins have been squeezed and could potentially tighten further, according to a recently-released industry report.

“It wasn’t long ago that being an imported brand automatically provided a retail price premium but that is no longer the case,” Harvey says.

“This has particular consequences for New Zealand and Australia given the previously alluring retail price premiums combined with trade opportunities and relatively low capital outlays fuelled a period of significant investment in liquid milk processing capacity across Oceania.

“This increased capacity has been specifically geared towards Asia’s liquid milk markets, the short-term consequence of which has been a contribution to diminishing export margins.”

The flood of investment in the regions has resulted in capacity almost doubling across New Zealand and Australia, with additional investment potentially in the pipeline.

This region’s dairy exporters are also competing with their European counterparts, many of which have large-scale and highly efficient processing plants complemented by a growing milk supply.

“European processors have been more conservative in recent investments due to adequate existing infrastructure, but recent events have increased their capacity to export to Asian markets,” Harvey says.

“They have unwound milk quotas at a time when they have been experiencing weaker trading conditions in some of their traditional export markets.

While competition from Europe is continuing to squeeze the market, local Asian brands are providing additional competition.

Harvey says while the companies behind local brands have also been pressured by increased import competition, they are by no means looking to surrender.

“We’ve been seeing local brands in developing Asian countries look to maintain and grow their shelf space,” he says.

“They have several advantages over importers that they will be looking to leverage, including more extensive product offerings and widespread distribution networks.”

However, despite some of these home advantages, the report says, longer-term a major hurdle for local brands will still be accessing enough locally produced milk in a cost-effective manner.

Strategies to ease the squeeze

While the Rabobank report is forecasting growing export volumes of liquid milk into Asia, margin growth is likely to be the bigger challenge.

“The key areas of focus that dairy export businesses will be looking at to increase their margins will include ensuring processing efficiency, improving their distribution chains and building a premium platform,” Harvey says.

Report contributor New Zealand-based dairy analyst Emma Higgins agrees and says the significant investment in processing on both sides of the Tasman will ensure export efficiencies for the big dairy exporters.

“In New Zealand we’ve seen Fonterra, Miraka, Goodman Fielder and Westland all make investments in processing capacity, some have more than doubled the output of their plants,” she says.

“In Australia it is the same story and while these have been significant investments given the price falls over the past two years, it does place this region in good stead to compete for the Asian market.”

While economies of scale will be important to remain competitive in the Asian liquid milk export market Harvey says developing a premium platform will be essential for those companies wanting to increase their margins.

“For dairy exporters this is not just about product and packaging innovation, but also category expansion, R&D and behind-the-border support to better cater to changing consumer demands,” he says.

“Strategic investment will be required to confront this highly-competitive new reality but for those willing to build a strong value proposition and promote their point of difference, there are still plenty of opportunities to be had.”