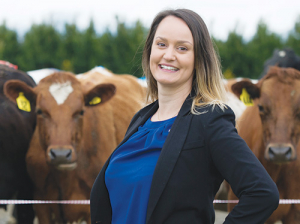 “There were more bidders this time around: 199 bidders in this event compared to 177 in the prior event – a sign that the prospect of increased prices has flushed out more buyers looking to fill inventory pipelines before commodity prices move higher,” Higgins told Dairy News.

On the supply front, news of less milk available around the globe continues, Higgins says.

“The cut in European milk production has carried on into June and July and a drastic reduction in milk production in South America, along with a similar prospect in Australia, continues to support our view that the global exportable milk surplus will continue to tighten in 2016.”

This short-term coverage demand, combined with slowing global production, has translated into all dairy categories improving in the latest GDT event, Higgins says.

“For now, we expect prices to consolidate over coming auctions as markets will need to take a breath,” Penny says.

“For example, the relatively flat prices across the different WMP contracts hints that that may now be the case. However, we expect continued production weakness to lift prices again later in the season.”

Penny says NZ spring data, as it comes through, will support or challenge the view that global production will weaken further.

“Also, with EU’s production now also clearly on the wane, we expect the wedge between NZ-dominated products (WMP) and EU-dominated ones (SMP) to narrow. For example, June EU production data showed a 1.6% fall compared to June 2015.”

Senior economist Anne Boniface says in her agri update that, unlike recent auctions, the increase wasn’t driven by WMP. Instead SMP and anhydrous milk fat (AMF) prices rose 10% and 15.4% respectively while WMP lagged.

“That’s a bit weaker than the 8% or so lift the futures market had been pointing to,” she says.

The recently confirmed support from the European Commission to subsidise the region’s dairy farmers will have helped support SMP prices, Boniface says.

Boniface says fundamentals have moved in favour of dairy producers over the last month or so, with improved demand coinciding with lower milk supply from key global exporters.