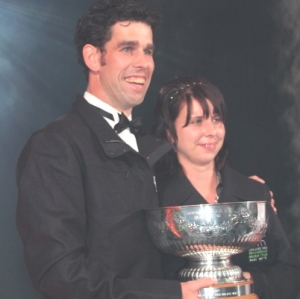 There are just a few days left for people to enter the 2013 New Zealand Dairy Industry Awards and stake their claim to the $140,000 in cash and prizes on offer.

"There are no late entries, so it's the last chance for people to get their entry in," national convenor Chris Keeping says.

"Once people are entered, they have the opportunity to win great prizes and to progress their career by meeting individuals that can help them achieve their farm, business, and personal goals."

Entrants first compete in one of 12 regional competitions held around the country. The three winners from each region then progress to the New Zealand finals. In 2013 the national final will be held in Wellington on May 24.

"The response to this year's awards has been fabulous. We're received 477 entries so far, including 125 entries in the sharemilker/equity farmer contest, 134 in the farm manager contest and 218 from dairy trainees wanting to take the next step in their career."

Keeping expects a similar number of people to enter the 2013 awards as entered this year's contest, when a record 525 people entered.

More information on the awards can be found at www.dairyindustryawards.co.nz.