Family Planning: A long game is a good game in succession 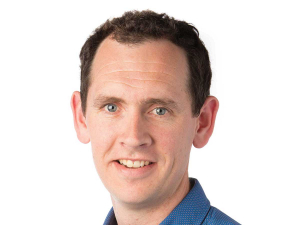 Succession is one of the biggest challenges faced by family businesses, including those in wine, says WK Business Advisor Hamish Morrow. “Often, starting the conversation is the hardest aspect.”

The most successful plans the Marlborough firm has been involved with are those actioned over a number of years, with a long process that allows the current owner to mentor and coach the new generation, transfer key relationships and ease back into parts of the business they want to continue their involvement with, Hamish says.

“Where it has been done well, it has assured the sustainability of the business, energised the up and coming owners and employees and lets the retiring owner have a well-planned and measured exit on their terms.”

Succession allows family companies to preserve and enhance a “hard-earned legacy”, he adds.

“There are some phenomenal achievements continuing to be made by family wine companies. By undertaking a considered and measured approach to succession, the likelihood of a positive transition is increased.”

When framing up a succession plan, WK often uses a 20-year template, so the current owner and incoming next generation can “map out where they want to be in 20, 10 and five years”, says Hamish.

“Comparing and aligning the two 20-year plans provides good insight as to the respective positions, where the gaps in the plan will be, as well assist aligning the parties towards common goals,” he says. “It also provides timeframes to work towards which are important to a successful transition.”

Bringing in an outside facilitator with skills in succession planning can make all the difference, by helping to provide a framework and providing an independent perspective to the process, he says. “They will also be able to assist with implementation of the plan.”

One of the hardest thing is for the current owner to let go, adds Hamish. “They have often worked their life building up the business; it has been their baby and given them purpose.” It can therefore be unrealistic for the next generation to expect them to go “cold turkey”, he says. “It is very important that they have a continued purpose to get their teeth into.”

Often, exiting owners will get into other business ventures, non-executive or charity roles soon after the handover, says Hamish. “It’s in their DNA and there is only so much fishing, golfing, travel and hanging with the grandkids they can do.

Survey looks at positives and negatives

WITH 2014 the International Year of the Family Farm, the pressing issue of farm succession will be a key focus of this year's Rabobank farm managers program.

A Farm Succession Summit at Massey University tomorrow and Saturday will bring together leading researchers and stakeholders from New Zealand and around the world.