Survey looks at positives and negatives 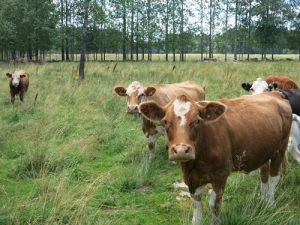 The survey was conducted by business advisory firm Crowe Horwath during the Southern Field Days and asked farmers, rural professionals and others heavily involved in agribusiness for their views on the industry's key influences.

A total of 60.82% said succession was highly likely to impact negatively on agribusiness in the next 12 months.

Hayden Dillon, Crowe Horwath's head of corporate agribusiness and capital advisory, agreed that given the current state of the industry, succession was a pivotal issue.

He advised, "The challenge around bringing the next generation into farming is nothing new and with the state of the some parts of the industry at the moment, it is no surprise it might not be seen as the most attractive career path."

Technology, farm management practices, favourable interest rates, improved rural connectivity and continued education and training were identified as the factors most likely to have a positive influence on the industry over the next 12 months.

Respondents were most concerned about the negative impact of low commodity prices, regulation (both at a local and central government level), succession issues, climatic conditions and human resources.

"The results are not overly surprising and have reaffirmed what our clients have been telling us around what concerns them," says Dillon.

On the negative side, commodity prices created the greatest level of concern with nearly 65% of respondents identifying this as highly likely to have a negative impact on the sector during the next 12 months.

Survey respondents were also concerned around both central and local government regulation and the impact this may have on their businesses.

On a positive note, the sector is optimistic about the continuing advance of new technology both in terms of production and business management with 73.02% of respondents believing that this will have a positive impact on New Zealand agribusiness in the next 12 months.

Going hand in hand with technological improvement is the increasing level of rural connectivity being driven by large investments in rural broadband and mobile coverage from both government and the private sector.

Farm management practices were also identified as being a key factor in the success of the sector.

This sentiment was backed up by experienced farm advisor, Chris Crossley of AgFirst. "The opportunity is there now for farmers to reassess the basics and focus on building a more resilient farm system by correctly structuring their farm system fundamentals. In particular, aspects such as stocking rate, calving date, pasture production and the like," advised Crossley.

According to Crossley, efficient and effective farm systems go hand in hand with using the best technology. "There is good farm system decision-support technology available now, which farmers can make use of in this process, as well as working with a good farm advisor who knows how to best utilise this technology."

While current favourable interest rates scored highly as a positive influence, Dillon had a word of caution on this front.

"While there was a possibility of a drop in the OCR that would see the underlying interest rate fall, there are a number of factors placing upwards pressure on credit margins, those being the banks seeing an increase in the liquidity costs of their funding, an increase in the risk premium for agribusiness debt, where banks were looking at funding a third year of losses for some dairy clients, and the dairy farmers own risk rating deteriorating in light of continued cash deficits, and downward pressure on security values."

Dillon continued, "But farmers can take ownership of this by ensuring, as Chris stated, that they are running the best farm operation they can, getting access to the best quality financial information and proving themselves to banks as quality farmer that are not high risk."

Along with Crossley, Dillon encouraged farmers to focus on things they can control. "Unfortunately there is nothing we can do about commodity prices except hold on; however, the adoption of new technology and adaptation of farm management practices are things that farmers can influence. But it is important that farmers act early, to review and manage their systems, the longer a farmer leaves it the less options they tend to have. The big positive is that the farmers have backed a sense control, and become pro active rather than reactive"

The latest in rural technology, equipment and specialist knowledge from around the world will be showed off next month at the Southern Field Days.

Expectations of a boomer event

The farming community needs to step up to help lessen the rift between city and country.

With an 80% likelihood the Reserve Bank will lower the official cash rate by 25 basis points next month, many rural borrowers are wondering if now is the time to look at fixing rates.