What Are Wine Apps All About? 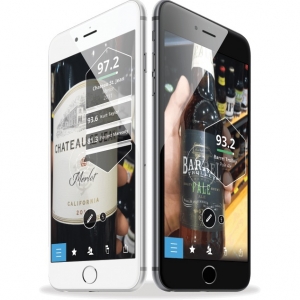 Consumers across the world are no longer in the dark ages when it comes to learning about wine.

Wine-related apps for iPhone and Android devices are becoming increasingly popular, both in New Zealand and abroad, and give access to a marketing outlet previously untapped by wine producers.

Wine apps aren’t just for the young and tech-savvy, either. They’re simple to use, targeted at all ages, and aim to bring both experienced aficionados and those new to wine into the 21st Century.

Aptly named, the NZ Wine App allows consumers to scan the barcode on a bottle of Kiwi wine, and instantly receive its tasting notes. Designed for use in supermarkets and other retail outlets, the app provides details on varietal, food match, awards the wine has won, technical winemaker’s notes, and a link to the winery’s website.

Snooth, a similar app, is not specific to New Zealand, but contains many New Zealand wines within its database, and a “location aware” store search for consumers to find out where to buy (though supermarkets and cellar doors are not included).

Apps such as these incorporate personal information storage and social sharing, both prevalent trends in technology that will continue throughout 2015. Snooth acts as a digital depository for personal tasting notes, as it allows people to keep track of all the wines they’ve ever tasted. It also stores these notes locally on the user’s phone’s hard drive. This makes them accessible without an internet connection – such as when a user is in a wine cellar.

NZ Wine App, on the other hand, has a social networking element: it allows users to engage and review the wine with ratings out of five for other wine drinkers to see. Public reviews have become an increasingly important tool in consumer purchase decision making (TripAdvisor and others have done the same for the hotel industry), so these reviews can be valuable for brand-building.

Kiwi wineries have started to launch their own branded wine apps, a sign of taking 21st Century technology into their own hands and not relying on third party apps.

In an effort to bring their winery to the consumer, rather than make the consumer go to the winery, Villa Maria launched its app Virtual Vineyard in July 2014 as a response to consumers around the world interested in the traceability of the its products. Through the app, consumers can experience the provenance of the wines they enjoy by gaining 360-degree views of each of Villa Maria’s sites, plus supplementary information about the region and wine origins.

Villa Maria recognised that consumers are often too busy to type in a web address or search for an app in the Apple App Store, so in order to make it easier for customers to get the app on their phone, the company has added Quick Response (QR) codes to its bottle labels, which take customers directly to a download link.

The addition of QR codes on bottle labels for direct app access dates back to 2012, when Brancott Estate began placing QR codes on bottle labelling. The goal of the app, called The World’s Most Curious Bottle, was for customers to “interact” with the bottle of wine they had just purchased; creating not just brand awareness but a relationship fuelled by curiosity.

After taking their own photo of a Brancott Estate bottle, app users were offered 14 different “experiences” with the bottle, including an interactive tour of the vineyard, food matching information, and an interactive guide to Marlborough’s seasonal weather. A user’s smartphone camera worked with the app by recognising when a shot was taken of one of three “triggers” from Brancott Estate’s labelling: either the front label, QR code, or the back label map.

This trend of wine label recognition is something app developers are taking seriously. In 2014, several wine apps were launched with this capability. The app Drync quickly brings up a wine’s availability, price, tasting notes, and ratings after taking a photo of its label. The app Delectable has similar capabilities but also offers the social networking and sharing component found on NZ Wine App. It also incorporates Facebook-like qualities such as tagging; a social networking component that lets users apply digital labels to their friends and locations. These tags enable them to remember where and with whom they tasted a particular vintage.

Further, the app Vivino boasts wine label recognition that goes beyond a catalogue of labels. If the app can’t automatically recognise a wine bottle’s label through the camera lens, it has a feature to send the image to the Vivino team (it has offices in San Francisco and Copenhagen) who will manually identify it.

Several apps also exist to help convert average wine drinkers into budding oenophiles. Wine Simplified is more of an interactive book than an app: it features 90-minutes of video tutorials, which cover everything from tasting tips to a varietal pronunciation guide. Likewise, the app Plonk features elegant informational “tiles” about every wine varietal under the sun, including origins, traits, and similar or related varietals a consumer might want to try.

So many features have already been harnessed in wine-related apps, but innovation is core to app development and new ideas continue to be brought to the market. It’s likely that the next trend in wine apps in “predictive tasting”, something launched in November 2014 in an app called Next Glass.

The app learns the “chemistry” behind the wines a user likes and dislikes (by asking them, upon app setup, to rate the vintages they have tried). It then creates a personal taste profile, and after scanning a new bottle’s label, will give a percentage score correlating to how much it thinks the user will like that wine. Though not (yet) available in New Zealand’s Apple App Store because its catalogue is focussed on US and European wines, Next Glass may well represent the future of wine apps, and should be watched with interest.

Consumer involvement with mobile technologies shows no sign of abating, and winemakers shouldn’t shy away from incorporating apps into their marketing plan. At the very least, it is integral to ensure your wines feature in the aforementioned catalogues, as these are the key players in the wine app market for 2015. If your products can’t be found, you can usually e-mail the app developer directly via their website, and provide them with your catalogue.

As a start-off point, NZ Wine App invites wineries not featured in its app to e-mail This email address is being protected from spambots. You need JavaScript enabled to view it. to get their barcodes added to the app’s scanning technology. Wineries can also download the app directly, and manually scan in their own barcodes for addition to the catalogue.

The Social Place: Keep it real... But, really?

When frost hit Bordeaux last month, we all saw the images of candles and straw bales as producers worked through the night to protect the vines.

Differences are publicly emerging between farmer leaders and DairyNZ over support for the Government’s policies on sustainability.

Want to get your message across to farmers? Well, social media, it would seem, is not the best way.

Want to get your message across to farmers? Well, social media, it would seem, is not the best way.

A Facebook page is shedding light on bullied dairy farmers.