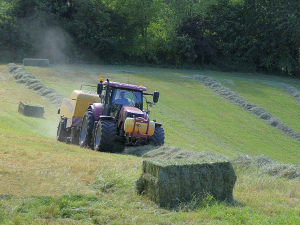 According to FarmingUK, Police Scotland recovered £893,000 (NZ $1.72 million) worth of tractors, quad bikes and other farm machinery in 2019.

CESAR was established in 2008 as an official construction and agricultural equipment security and registration scheme to prevent theft.

The scheme, paid for by farmers with a one-off cost, offers Datatag ID technologies, a 24/7 UK Contact Centre, and instant access to its database by police.