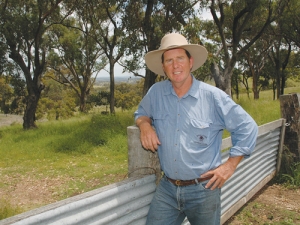 An online petition against the proposed tax – which farmers say will create severe labour shortages in the agriculture sector and stifle regional growth – has attracted more than 10,500 signatories.

Launched in the first sitting week of Parliament, a fortnight ago, by the NFF and its member organisations, the petition has gone on to attract signatories from all levels of Australian agriculture, the tourism industry and international travellers who say they will not visit Australia if the tax comes into effect. The campaign has also been supported by the #backpackertax social media campaign across Facebook and Twitter.

The 'Backpacker Tax' was announced in the 2015 budget and deems that from 1 July 2016 all working holiday makers are to be taxed as non-residents at a rate of 32.5% on all income. The NFF agrees backpackers should pay tax, but considers the rate of 32.5% too high. Instead, the NFF proposes a rate of 19%, achieved through deactivation of the tax-free threshold, which it says would be fairer to both backpackers themselves and the industries which rely on them for seasonal work.

The proposed tax is a huge change from the current system where people on working holidays in Australia can be treated as local residents for tax purposes if they are in the country for more than six months; they pay no tax on income received up to about A$20,000 and then pay a tax rate of 19% for income up to A$37,000, as well as receiving benefits through the low-income tax offset.

Each year, backpackers contribute around A$3.5 billion to the Australian economy and around 40,000 find employment on Australian farms.

Tim Reid, owner of Reid Fruits, one of Australia's largest cherry producing operations, 45 minutes from Hobart, says the tax would severely limit his ability to secure an adequate workforce and had no doubt there would be negative implications for his business.

"We export to more than 20 countries in addition to supplying the Australian market and employ a permanent workforce of 20 which swells to 600 from December to February during cherry harvest season," Reid says.

"Despite having a policy of employing locals first, approximately 70% of harvest and packing labour is provided by international backpackers who cater for the surge in staff requirements during peak periods and which can be unpredictable due to climatic and market influences.

"Without them, we will simply not have a major export business of international standard and would have to retract to a smaller, less sustainable, domestic operation which is not a win for us and not a win for our community.

"Without backpackers our crops would simply fall to the ground."

National Farmers' Federation President, Brent Finlay, says farmers from a range of commodities across Australia had expressed similar views and the concern surrounding the 'Backpacker Tax' had been well demonstrated by the strong response to the online petition.

"We urge Government to reconsider and to make what we see as a simple and common sense decision to help build, grow and strengthen agriculture and regional economies."

Oz getting hotter and drier — report

Last year was officially Australia’s hottest and driest year on record, according to the country’s Bureau of Meteorology.