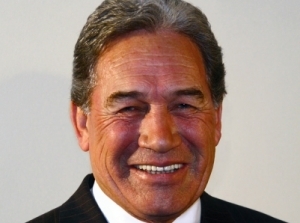 New Zealand First Leader and Northland MP Winston Peters says the Foreign Ministers of Italy and Hungary this week said there could be no automatic extension of the European Union's sanctions against Russia. "We can probably add Greece and Cyprus to that growing list as well," says Peter.

"While (Prime Minister) Mr (John) Key was entertaining the Iranian Foreign Minister in Wellington, Iran moved this week to fill Russia's $1bn market for fruit and vegetables. This follows Russian sanctions against Turkey after it shot down a Russian fighter over Syria."

Earlier he told a ForestWood Conference in Auckland the dairy industry – vitally important as it is to New Zealand – is not going to repeat the growth record of the past decade.

"Both economically and environmentally the conditions that fostered such rapid growth in the dairy sector are unlikely to recur," he says.

"Dairy will still be a mainstay – but it has come down to earth with a bump – and given us a salutary reminder that diverse exporting industries is economic common sense."

New Zealand needs to build up many other heavyweight export sectors as well.

There were very few economic sectors that offer the potential or opportunity of forestry and wood products.

That is why NZ First supports the vision of the Wood Council to raise the earnings of the New Zealand forest and wood products sector to $12 billion by 2022.

The Government is investing a further $37.5 million into water security for Northland.

The Government is investing a further $37.5 million into water security for Northland.

One dairy company has been doing well during the COVID-19 outbreak in Italy.