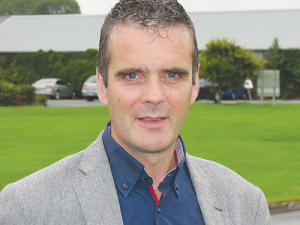 Farmers in Northern Europe – especially the UK and Ireland – are facing a crisis as drought forces them to sell stock early while they struggle to adequately feed animals remaining.

Irish and English farmers are running out of supplementary feed as the heat wave that swept Europe has triggered crop failures and knocked pasture growth.

The National Farmers Union (NFU), representing farmers in England and Wales, says everything from livestock to lettuces have been affected. NFU president Minette Batters says the situation is hugely challenging for all.

NFU’s dairy chairman, Michael Oakes, says following an incredibly wet start to spring the weather went to the opposite extreme with a huge dry in July.

“I am now feeding full winter rations to my cows and am extremely concerned about the availability of fodder if we don’t get rainfall soon and the impact this will have on already depleted stocks for winter 2019,” he says.

The Irish Farmers Association president, Joe Healy, told Rural NewsIrish dairy farmers are in crisis: the drought has followed storms a year earlier and the two have collided to cause the crisis.

Healy, a dairy farmer at Athenry, near Galway in the west of Ireland, says during the storms last year the farmers had to feed out their reserves of silage.

“We were hoping to replenish these stocks during the good summer so we got our first good cut late in May. But with only about 4mm of rain, farmers had zero growth and fed out their first cut of silage and grazed their second cut.

“So in the south east, at this stage, they only have about 40% of their fodder requirements for the winter.”

Also, the weather has caused tillage crops to nearly fail and the yields on grain and straw are a mere 30%, which Healy says is serious.

The feed supplement shortage in Ireland is compounded by English farmers’ similar plight. Normally Ireland looks to England for such feed, but now that cupboard is also near empty, so Ireland is about 10 million bales short of silage.

The Irish government has given an incentive to tillage farmers to plant some sort of cash crop in the 10-12 week window between harvesting their main crop and planting their next one. Healy says this could yield up to one million bales, but a big deficit would remain.

Irish dairy farmers, like beef farmers, have been culling stock early, but the resultant drop in prices has added to their woes.

The bad weather comes at a bad time for Irish dairy farmers. With milk quotas abolished in 2015 farmers saw opportunity to increase their herd numbers, and many beef farmers converted to dairying. Some farmers went from 80 to 150 cows and are now struggling.

“We are back to full employment so they are finding it difficult to get labour,” he told Rural News.

“With the late spring many dairy farmers ran out of fodder and some have run out of grass and they have had a bad 12 months between the rain, the drought and labour.”