Time for farming leaders to stand up! 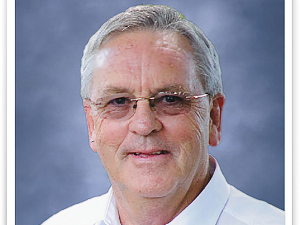 OPINION: Farmers are being herded into a very dangerous crush.

It is time for farming leaders to stand up more determinedly shaking off the weak 'foot in each camp' positioning.

The reality is that methane, as a greenhouse gas (GHG), simply cannot do what is claimed. It is not dangerous.

It cannot impact temperature in any discernible way.

Now is the time for farming leaders to come out and say "no" to any taxing of methane.

1. Methane is too infinitesimal and insignificant. It os 0.00018% of the atmosphere. That is less than 2 parts per million. It is half a small plastic bucket of water in a 2.5 million litre Olympic swimming pool. All GHGs are just 1% of the atmosphere and of that 1%, water vapour is 95 - 96% completely dominating methane at 0.02%.

2. These small methane numbers are growing slowly. They will take hundreds of years to double. All the world’s ruminants – cows, sheep, goats, bison, antelopes, wildebeests, etc contribute 14% of the tiny amount of methane emissions. Rice paddies contribute more and no one is telling the Japanese to stop eating rice.

3. Methane from your animals lasts about 9 to 10 years in the atmosphere. It cycles naturally. Our ruminant livestock numbers a now stable and have been since the surge in dairying in the early 2000s. Our methane emissions are stable – same amount produced, same amount disappearing.

4. Ruminants turn 1% of the CO₂ absorbed on the farm into methane and burp it into the atmosphere. The methane immediately starts breaking down into CO₂ and water vapour. Most is gone in 10 years. Grass and other vegetation on the farm takes in the CO₂ for photosynthesis, cows eat the grass completing the cycle that goes on 24/7.

5. Methane’s ability to absorb heat (that is the GHG effect) is extremely limited because of the domination of water vapour (the dominant GHG), which is 5,000 to 6,000 times more prevalent than methane. The very few methane molecules in the atmosphere do not get a look in even in the drier air at high altitude where little absorbency occurs.

6. The Global Warming Potential (GWP) is inaccurate, unscientific and unjust. Yet our government, the Climate Commission and green lobby groups are relying on it to tax farming. There is huge disagreement among scientists over how to compare methane to carbon dioxide – positions vary by many hundreds of percent. So much for ‘settled science’.

7. New Zealand’s food production has the lowest carbon footprint in the world. Why penalise the most successful other than for virtue signalling?

8. Article 2 of the Paris Accord – that we signed up to – excludes food production from any taxes or restrictions. Why are we ignoring this requirement?

It is time for our farming leaders to stand up and be counted.

As a former farming leader, who helped lead farming politics through the painful 1980s, I know what it means to have stand up to severe pressure. It takes courage and determination.

It is time for such action again!

Owen Jennings is a former national president of Federated Farmers and Act MP. He is a current member of FARM (Fact About Methane Research)

OPINION: FARM (Facts About Ruminant Methane) is a group of farmers and scientists who question the need for drastic cuts in ruminant methane. Owen Jennings prosecutes FARM’s argument in the second of a two part opinion piece…

OPINION: F.A.R.M. (Facts About Ruminant Methane) is a group of farmers and scientists who question the need for drastic cuts in ruminant methane. They argue that there is a natural cycle where the emitters of a GHG (methane) use as much as they emit to grow the grass the cows need to produce the methane and thus puts ruminant methane in a different category to fossil fuel emissions.