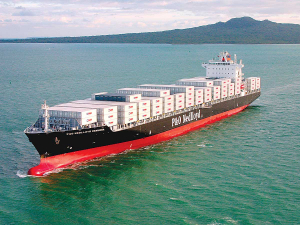 The decision by the European Union to offer NZ farmers an FTA deal that is even worse than the status quo is nothing short of a gratuitous insult. To have leaked it to some mates, before even telling our government, compounds the situation and is a careless and shoddy act of diplomacy unbecoming of a modern democracy.

NZ has every right to be angry and to question the honesty of the EU Commission, which has long claimed it was in favour of a comprehensive, ambitious and very special trade deal with us.

EU Trade Commissioner Phil Hogan, who was in NZ 18 months ago, said that “there a great deal of goodwill around the FTA negotiating table” and the EU “were very strong supporters of the multilateral trading system”.

When officially launching the talks two years ago, his predecessor Cecilia Malstrom said the EU was “opening up a new chapter of economic possibilities for companies and giving choices to consumers as well also deepening the strategic ties” and that “NZ is a friend and an ally and it, along with the EU, stood up for common values as expressed in sustainable trade and done in compliance with international trade rules”.

It sounded great at the time and NZ was made to feel that a good deal was on the cards, but on reflection you might ask, was this just political bull or a bunch of lies? What has changed and why can’t the EU deliver on its promises?

Phil Hogan has a lot to answer for.  Will he put things right and give us a fair FTA or will he take on the mantle of European arrogance and go down the road of protectionism and make the world an even worse place?

Will he have the guts to rise above entrenched the petty protectionists of the EU and take a long-term strategic stance and allow the EU and the world to trade itself out of the Covid-19 crisis? Don’t hold your breath.

The quality of a market access offer for the agriculture sector to the EU has long been seen as a stumbling block for a conclusion to talks. Trade Minister David Parker says a strong agriculture access offer was a red line for NZ negotiators and NZ could not afford for the status quo to continue.

It looks like Parker and NZ’s trade negotiators have a long row to hoe to get the EU over the line.