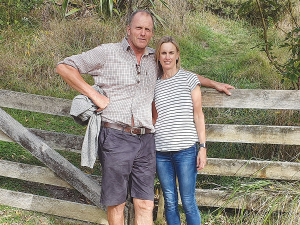 OPINION: New Zealand's Action on Agricultural emissions places us all in a very uncomfortable situation.

I'm no earth or space scientist, nor do I hold a particular view on who or what is responsible for global warming.

Given that most statistics indicate a warming change is happening, we should consider this a given.

So whether global warming is indeed anthropogenic or just a naturally occurring phenomenon, our approach to stabilising the environment in which we live should be the same.

Ask the simple question, what methodology should be taken in the best interests of global success? Global success in this instance is an attempt to limit the increase in global average temperatures to 1.5 degrees C above pre-industrial levels.

New Zealand has made an agreement which places us all in a very uncomfortable situation. We have agreed to reduce our greenhouse gas emissions (GHGs) and more specifically our Government has targeted agricultural production and its associated industries directly as the main contributor of NZ’s GHGs.

There is no argument, even from the Ministry for the Environment, “that NZ is amongst the most efficient producers and providers of agricultural products to the world’s tables per kilogram of product from an emissions viewpoint”.

It is also no secret that most food production in the world is in countries either not signed up to the Paris Accord or whose food production is government subsidised in one form or another. The former don’t care or believe in anthropology, while the latter might be taxed on their emissions but this will be balanced by an equivalent government handout in the normal manner to ensure their economic survival.

Under the proposals detailed for NZ food producers under the Action on Agricultural emissions, NZ’s ICCC recommends a levy on both agricultural produce and fertiliser inputs which will directly incentivise NZ farmers to reduce output.

The impact this will have on our economy will be substantial. The basic substitution effect of economic modelling will ensure that our production shortfall is picked up by less efficient producers the world over. Assuming a status quo situation, the global output of GHGs in respect of agricultural product per kg will increase.

Given that current annual global population growth is estimated at 82 million and rising, more food will be required and a greater proportion of GHG-rich product delivered. So we can expect a warmer world under the NZICCC policy.

If you are a believer in anthropogenic global warming, following the proposed ideology from NZICCC for agricultural greenhouse gas emissions will in fact work against potential gains made in other sectors.

If you are a sceptic, relax it was never your fault.

• John Jackson is a sheep and beef farmer at Te Akau, Waikato.

OPINION: Is it time to take a deep breath and stop to consider the whole climate change debate on a global scale rather than just based on New Zealand’s commitments under the Paris Accord?