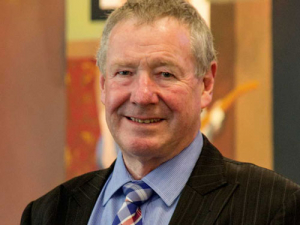 Why are people so easily outraged and offended these days?

Someone says or does something we don’t like, and people immediately take to their ubiquitous social media accounts, blog forums or comment pages to express their ‘outrage’, demanding the object of their outrage either resign, get the sack or be subjected to some other form of utu.

Massey University’s chancellor Chris Kelly is the latest victim of the keyboard warriors, coming under fire for commenting during a Rural News interview (Dec 6) about women vet graduates.

Kelly, who became Massey chancellor in 2013, discussed changes that will apply from 2019 to students taking courses in farming and veterinary practice. He explained that 75-85% of vet students have until now been women, and during first-year courses, which have long seen a high ‘cull’ of students, it has been the women who persevere with the mostly academic work.

“That’s because women mature earlier than men, work hard and pass,” Kelly told Rural News. “Whereas men find out about booze and all sorts of crazy things during their first year.”

Kelly, himself a Massey veterinary graduate, then referred to the high fallout rate from the vet profession by women graduates.

“When I went through vet school, many years ago, it was dominated by men; today it’s dominated by women. That’s fine, but the problem is one woman graduate is equivalent to two-fifths of a fulltime equivalent vet throughout her life because she gets married and has a family, which is normal. So, though we’re graduating a lot of vets, we’re getting a high fallout rate later on.”

How dare Kelly express such a view? the easily outraged chorus thundered. His comments were met with consternation by academics, politicians and students, who expressed their outrage in online posts.

Such was the torrent of outrage and upset, and despite Kelly’s apology he has now been forced to step down.

Despite the claims of the ‘outraged’ masses, Kelly was not, in any way, insinuating that women vets are lesser practitioners than their male counterparts. He was merely pointing out that with much higher numbers of women entering the profession and making it past the first year cull, their fallout rate from the profession inevitably is high as they take time out to have children, etc.

How about the thin-skinned people take a chill pill and cease getting so ‘outraged’ about things; it’s really quite ‘outrageous’.