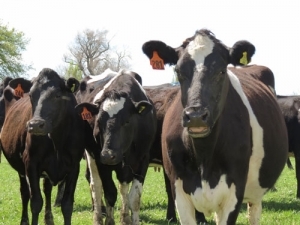 Fonterra's 'Black Tuesday' announcement last week that the current season forecast payout will be cut to $3.90/kgMS poses a number of questions.

Firstly, how are dairy farmers expected to survive on such a low payout, especially when DairyNZ estimates that farmers need a payout of $5.25kg/MS to break even? And if the current world oversupply persists, how long will the scenario of low payouts continue?

Farmers and bankers may be able to handle one season of no returns, but the latter, especially, are unlikely to tolerate this if nil or poor returns continue for two or three more years.

But the real question must be, how has Fonterra managed to make such a hash of predicting this season's payout? Granted, forecasting is not an exact science, but does the co-op not employ a team of highly paid analysts and in-market experts to provide it with all the necessary information?

Frankly, these guys couldn't pick horses, never mind dairy price trends: their record is appalling and not just in this current season. Just how accurate were they last season in predicting the $8.40 payout?

The company has blamed a 'perfect storm' of circumstances for the pricing volatility it has experienced. It has pointed to problems such as lower demand from the Chinese and Russian markets as a major factor in the global 'imbalance' of the international dairy trade. It also noted the impact of European production increasing faster than expected.

Weren't we told that one benefit of TAF was the requirement for Fonterra to regularly update the market? One would have thought that with this kind financial discipline in place the dairy co-op would be far better at forecasting prices and international supply pressures. Apparently not!

Chief executive Theo Spierings and his team of international executives can fairly expect tough questions from farmers and others about their performance – or lack of it. While Spierings and Co come under the blowtorch, so too must Fonterra's board which does after all decide the payout level. They must carry the can for having got it so persistently wrong.

Perhaps the current 'strategic rethink' the co-op is undergoing should include a serious look at the make-up of the board and its dominance of farmer suppliers. These guys may be good at milking cows, but they seem to be rubbish at anything else to do with the international dairy market.