Have farmers been sold out? 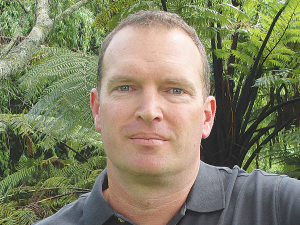 Steve Cranston asks if farmers have been sold out in the He Waka Eka Noa proposals.

OPINION: With the emissions pricing options now out for discussion, the fear campaign has begun in earnest.

If we don't hold our collective noses and accept one of the two prescribed options, agriculture will be thrown into the abyss of the Emissions Trading Scheme (ETS).

The two options, as written, offer no light at the end of the tunnel for agriculture. They provide no certainty for the future and will see the mis-informed criticism of agricultural emissions continue indefinitely.

Once the pricing mechanism is established in law the Government is free to increase emissions pricing and force increased reductions at their discretion. The decisions might be made indirectly through an independent panel, but the result will be the same. The Climate Change Commission is also an 'independent' body, but they have been notable in their attempts to suppress any reference to methane's warming effect being allowed to enter the realms of policy discussion.

Levy body leaders claim that this discussion should focus solely on the pricing mechanism and should not be linked to the reduction targets, they are being wilfully naive. The price you pay for your emissions is directly related to the reduction target. Agreeing to a pricing mechanism without a clear understanding of what the targets will be and how they will be set in future is akin to writing the Government a blank cheque.

HWEN appears deliberately opaque on the targets; their wording on the subject appears to leave the door open for further refinement. If this opportunity is not take, the Government's 10% by 2030 methane reduction will be applied.

There remains only one solution to give farmers some certainty on emissions pricing - that is to link the targets to the science. The split-gas approach fails miserably on this front, it merely acknowledges that methane's effect on climate is different to that of long-lived gases and allows for separate management. It contains no reference to the 0.3% annual reduction (3% by 2030) required to achieve zero warming.

Any organisation which tells you otherwise is being disingenuous. Without a science-based reference point, excessive targets will continue to be set, farmers will pay tax on emissions not adding to climate change and it will give a misleading and exaggerated impression of our emissions to global consumers. Not the outcome farmers will be hoping for.

The case for agriculture to set a warming-based target is a strong one, but there lies a roadblock ahead. In their infinite wisdom, DairyNZ submitted in support of the 10% by 2030 target, this will blunt any attempts by farmers to have it revised down. The DairyNZ negotiating strategy seems to be agree first, then argue against what was agreed to at the next review in 2024.

The two options have also taken a wide berth around the science of carbon sequestration, this will be of particular interest to Beef+Lambs NZ levy payers. HWEN has selected the arbituary date of 2008 to pick favourites. If your trees were planted or regenerated after that date you will receive full recognition for the carbon sequestered on your property. Pre-2008 trees get different treatment - only the 'additionality' derived from active management will be recognised. Let's say your regenerating native bush was sequestering CO2 at the typical rate of 10 t/ha/year; you would not get any credit for that sequestration. However, if you fenced off the trees and put out some opossum bait, the new sequestration rate may be revised up to 12 t/ha/year. It's only this additional 2 tonnes which will count.

Incentivising good management is one of the founding principles of HWEN and it is the right approach. However, there are smarter ways to achieve this without undermining the integrity of the emissions accounting process.

How the concept of 'additionality' got past Beef+Lamb NZ without them howling out their disapproval to their levypayers is another one of those HWEN mysteries. The process has lacked transparency and any real engagement with the rural community from the outset.

The question for farmers to consider is, what influence is government funding having on our levy bodies' ability to advocate for better policy?

Steve Cranston is an agricultural and environmental consultant and the director of Hamilton-based Cranston Consulting Ltd.

Pines to be banned from ETS?

A proposal to better manage carbon farming could see plantings of exotic forests like radiata pine excluded from the Emissions Trading Scheme (ETS).

F is for farm inflation!