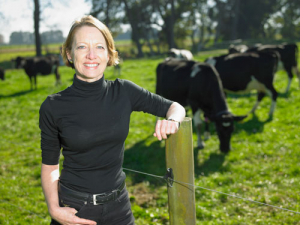 ‘The right to food’ was the focus of a special report to the United Nations general assembly at the beginning of the year.

It stated that “pesticides, which have been aggressively promoted, are a global human rights concern, and their use can have very detrimental consequences on the enjoyment of the right to food”.

The detrimental consequences of pesticide use included 200,000 acute poisoning deaths, 99% of which occur in developing countries where “health, safety and environmental regulations are weaker and generally less strictly applied”.

However, a Lancet (UK medical journal) article in March made it clear these deaths were deliberate self-harm -- nothing to do with inadvertent exposure.

Other detrimental effects cited in the UN report were runoff from crops to other ecosystems with uncertain ecological effects, potentially disrupting the predator-prey balance in the food chain; and large decreases in crop yields, “posing problems for food security”.

However, the UN report then stated that proving a definitive link between exposure and human diseases or conditions, or harm to the ecosystem, presented a considerable challenge. Systematic denial, fuelled by the pesticide and agricultural industries, was blamed.

In some contrast, the beneficial effects of pesticides in increasing crop yields by suppressing weeds, insects and disease have been shown repeatedly by independent researchers.

In New Zealand, the proceedings of the Plant Protection Society hold the records of years of investigation examining various aspects of yield, quality, chemical movement and effects on biodiversity. These results are used by consultants, extension specialists and field representatives to ensure that pesticides are used only in circumstances where warranted. To suggest otherwise overlooks the expense involved, not only in the chemical itself but also in time and equipment.

It also overlooks the productivity gains that technologies, including pesticides, have enabled, and hence the number of people being fed.

Productivity is the balance between inputs and outputs that drives an economy.

Mobilising resources is the key in Krugmann’s argument, and good management (and smart marketing in some cases) turns the comparative advantage of a country into a competitive advantage, thereby allowing economic development.

NZ agriculture is a case in point. The annual productivity statistics released in March show that for the 2008-2015 period (latest data available since the global financial crisis) multi-factor productivity increased by 2.8% in agriculture, 3.3% in information media and telecommunications, and 0.8% in accommodation and food services. Arts and recreation services decreased by 1.2%.

Yet it is some of these technologies, including pesticides, which are being rejected by society.

The role of the Environmental Protection Authority (EPA) in chemical substances is to regulate chemicals coming into NZ and to ensure that storage and guidelines on use are appropriate. This applies as much to shampoos and cosmetics as to industrial and primary industry chemicals.

In agriculture the history of research has enabled the productivity gains already recorded; now more research is required for the future to ensure further gains whilst ensuring human and environmental safety.

The regulatory environment, in which the EPA operates, is informed by the evidence produced in research. And it is focussed on achieving the balance between protecting the environment and enabling the economy so that the lifestyle of NZers is enhanced.

• Jacqueline Rowarth is chief scientist for the Environmental Protection Authority.