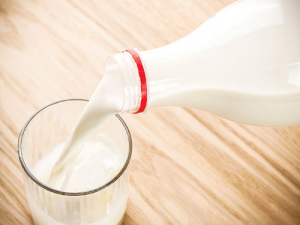 It is now legal to sell raw (unpasteurised) drinking milk to consumers.

The rules for producing and selling raw drinking milk ensure the health risks are minimised while also acknowledging consumers have a choice in what they drink.

Farmers who sell raw drinking milk to consumers need to register their operation with the Ministry for Primary Industries (MPI), follow strict hygiene rules when harvesting, bottling, storing and distributing raw milk, test their milk regularly and keep contact details of their customers so that people can be contacted in case harmful bacteria is found in their milk.

Farmers can find out more about the requirements in the ‘selling raw milk to consumers’ page on the MPI website.

MPI manager food compliance, Melinda Sando, says farmers may not be fully aware of what the definition of sale actually covers.

“It covers, for example, instances where they supply raw drinking milk to guests as part of a paid farm stay, and giving samples away as part of a promotional activity, for example during open days. There have been instances of people, including children, becoming ill as a result of drinking raw milk in both these scenarios.”

• Similarly, discard the milk if it has passed its use-by date (4 days after production)

• Preferably, heat the milk until just boiling (or to 70 degrees Celsius for one minute) before cooling and drinking.

“Even if you’re serving raw milk to friends or visitors, make sure you let them know what the risks are,” says Sando.

• Karen Howarth is a communications advisor at MPI.

Faith in raw milk to save farm

In a bid to future-proof their business, Otaki dairy farmers Andrew and Stacy Faith have just installed a raw milk vending machine.