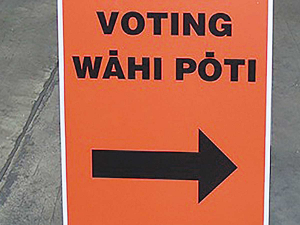 Under our electoral MMP system it is too hard to predict with any certainty the final make-up of the next government, despite what the pre-election polls may indicate.

For all its flaws, MMP makes picking a final result less predictable – especially when voters believe they can ‘game’ the make-up of a potential government. While voters mistakenly think they can dictate what type of coalition will be formed by who they vote for, that is not the case – it’s always the politicians who actually make this decision.

A good example of this was after the 2017 general election. How many voters – especially in rural NZ – who chose to support NZ First expected that party to go into coalition with Labour? One would guess, by the evaporation of electoral support for Winston Peters and his band of misfits, not too many.

There is already talk of some National supporters who hate the thought of the Greens being anywhere near government, contemplating giving their party vote to Labour. Good luck with that strategy. If the Greens do make it back into parliament, even if it does not need their numbers, Labour is highly likely to form a coalition with them. That electoral approach makes about as much sense as a staunch Labour supporter voting National to keep ACT out of power!

This shows precisely why it is an absolute folly for voters to game the system. Despite having MMP since 1996 and this being the 8th election we have voted under this system, many voters still fail to understand exactly how it actually works.

However, when voters think they can cleverly forecast a final electoral outcome and potential coalition by playing around with their party vote is when things come horribly unstuck. Just ask those National supporters who backed NZ First last election.

Lastly, whichever way you choose to vote, make sure you do actually vote.