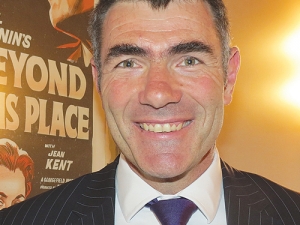 Budget 2015 is, I believe, one of the best for the primary sector since National has been in government.

I’ve always said biosecurity is my number one priority as minister and the budget backs it up. An extra $27 million will mean more dogs, more x-ray machines and improved auditing of systems in other countries.

A new levy on overseas travellers will help protect our border: the $22 per return trip will have travellers paying for customs and biosecurity services, rather than the taxpayer. This is a fairer, more transparent and flexible way to fund the system and deal with the pressure of increasing passenger volumes.

We are also spending $7.5 million on boosting skills and systems in the primary sector, some on Overseer, technology transfer and some on the education system to encourage more young people into primary sector careers.

On that note, it’s pleasing to see a 20% increase in funding for agriculture at tertiary level in budget, on top of $25 million over three years to develop three new privately led regional research Institutes.

A further $25 million will go to the Irrigation Acceleration Fund to kick-start regional water storage projects. The need for this is obvious given droughts throughout the country over the last few years.

And an extra $10 million will go towards animal welfare, to help implement the recently passed Animal Welfare Amendment Act regulations, support the SPCA and improve education and enforcement.

All this will help achieve our goal of doubling the value of exports by 2025 – an ambitious target but achievable because the primary sector has a strong outlook in the medium-longer term.

We all know the dairy sector is facing a tight year, as reflected in the GDT prices and Fonterra’s revised payout. The world now has more milk than normal and China’s stockpile is being used slowly. The removal of the European milk quotas is expected to cause a slight increase in the world’s supply of milk, and the impact of drought is still felt in the South Island.

But we all know farming is a cyclical business; prices and returns fluctuate every year.

Farmers have come through drought, earthquakes, snowstorms and all kinds of challenges; they are used to volatility and are very resilient.

Other industries are looking to have strong years. The red meat sector is enjoying good prices and solid growth, increasing by $480m on last year – a 43% increase driven mainly by from beef exports.

Horticulture has had a record year, earnings for 2014 topping $7.5 billion for the first time. Kiwifruit in particular has bounced back strongly from Psa with over $1 billion in exports; wine is having a good year.

Looking further ahead, some forecast global food demand to increase by 40-45% by 2025, driven by a rising global population and the emerging middle classes of Asia.

Resting on our laurels isn’t good enough though – we need to prepare now to take advantage of this opportunity. We have great potential to add value to what we produce and R&D is a key tool in this, through the Primary Growth Partnership. We have 17 programmes underway, co-funded with industry, to come up with new products and techniques.

As a government we have a plan to open up new markets to help our exporters, we’ve recently signed an FTA with Korea and the TPP is making progress.

A big challenge in growing and protecting value is our ‘social licence’ to operate, which I define as ‘the ability to produce our products sustainably, bringing the community with us, and earning their respect and understanding’.

Environmental performance in farming is no longer a ‘nice to have’; it’s a necessity for the New Zealand public and our global consumers. Farmers and growers have come a long way in a relatively short time. Dairy farmers have fenced at least 23,000km of waterways and greatly improved how they manage nutrients.

Budget 2015 also provides $16.8 million to help regional councils implement freshwater standards, and a fit-for-purpose Overseer model will have an important role to play. But we need to keep doing more. The country is demanding greater environmental sustainability of us, and so are our markets. I’m confident we’re up to the challenge.

• Nathan Guy is the Minister for Primary Industries.