Beware of all the forests from these trees

Written by  Dave Read, owner of Waiau Station near Wairoa 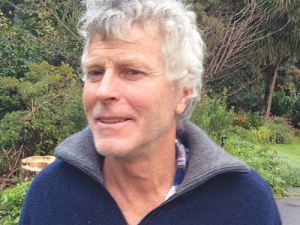 East Coast farmer Dave Read is concerned about the future of hill farming with the push for more tree planting.

OPINION: Beware the snag in the incentivised pushing by central and local government to get hill country into trees.

The push for reduced sediment loads in our rivers by Hawkes Bay Regional Council (HBRC); the billion trees project; and the Productivity Commission’s report calling for two million hectares of pasture land to be planted will all result in large financial incentives for planting farmland.   If this is done sensibly we can play our part in reducing New Zealand’s carbon emissions, increasing our water quality and maintaining present employment opportunities.

However, what is most likely is a repeat of the sale and planting of whole farms that we saw in the 1990s.

There are always quite a few farms on the market these days. The average age of farmers is now 58 so even more farms will be up for sale in the next few years. The forestry incentives will enable buyers planning to plant trees to always outbid pastoral farmers looking to buy hill farms as they come on the market.

The start of this trend is the ongoing negotiations for the sale to forestry of Waihua Station, a Wairoa farm with less-than-average erosion risk.  In Wairarapa, Hadleigh Station – with one third cultivatable land – has been sold to production forestry.

In Wairoa, during the 1990s, 75% of forestry workers were from out of town, resulting in a 30% reduction in employment per 1000ha when farmland was planted. Today, the drop in local employment would be much bigger.

I am unaware of any resident logging crews, and changing silviculture practices see much less pruning than in the past. Nationally, the proportion of whole-log export has increased from 17% in 1990 to 54% in 2016.

More remote or erosion-prone land will go into plantings that will earn the owners revenue from the sale of carbon credits -- a practice that will grow in popularity. The discussion documents put out with the Zero Carbon Bill talk of increasing the price of CO2 to $300 or even $700/tonne.

These carbon-only plantings will produce very little employment except during the year of planting.  When the forest has reached its peak biomass, it will no longer produce carbon-credit income either. The owner will be left with the cost of maintaining this forest (fire protection, pest management, rates, etc) but no income. Will the owners of this land then abandon it leaving the ratepayer to foot the bill?

The schemes being promoted by central government have two aims: firstly, to offset emissions by the rest of the economy -- mainly transport; secondly, to reduce methane production by reducing sheep and beef numbers.

The Productivity Commission recognises that the main contributor to agricultural emissions is the dairy industry (sheep and beef farming are responsible for slightly less warming today than in 1990 and are on track to produce only 77% of current emissions by 2050). However, the commission says it will be too difficult to get dairy farmers to convert to horticulture, so its solution is to plant sheep and beef land instead.

It is well recognised that planting forest to offset emissions is a temporary measure. However, while the respite from breaching NZ’s obligations is temporary, the change of land use is permanent.

Once committed to forestry, this land can never be used for any other purpose. The destruction of farming infrastructure (fences, yards, buildings, etc) over the life cycle of forestry, and the huge cost of re-developing the land into pasture, would mean that little, if any, hill country would ever be reconverted from plantation forestry to farming.

On top of this, the ETS requires this land to be maintained permanently in forest.  The result for rural NZ hill communities will be disastrous. Depopulation, loss of services and ageing resident populations will all snowball to destroy local communities.

Due to our high rainfall and soft rocks, a big slice of the two million hectares to be targeted for conversion to trees will be local land (Wairoa and the East Coast to the north), and Wanganui and Taumaranui will also be big areas.

Our councils need to act now to regulate mass planting except on the very worst erosion-prone land that cannot be stabilised by space planting.  Otherwise, in 30 years these areas will have no hill farms, no local meat processing and no service industries.

• Dave Read is the owner of Waiau Station near Wairoa.