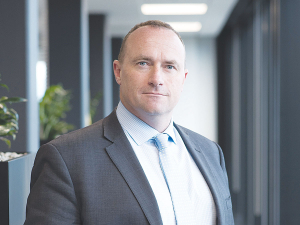 It reminded me of a quote by Thomas Edison, the heralded inventor of the incandescent light bulb, who reportedly said, "I have not failed, I've just found 10,000 ways that won't work" - typifying the struggle of innovating in a complex environment.

We are working to establish a regime for recognising feed inhibitors as agricultural compounds and we expect that work to be completed later this year. Feed inhibitors are just one emerging tool that might help farmers reduce emissions, but it's key to note that the success of feed inhibitors may depend on the farming systems and conditions they are used in.

More than $200 million has been spent in the past decade to help develop mitigation solutions for methane and nitrous oxide. We are making progress, but it must also be realised that New Zealand's unique problem will require a unique solution.

The pastoral sector is the bedrock of New Zealand, contributing more than 50% of our nation's net export earnings. But this sector, or the ruminant animals (cattle, sheep, goats, and deer) that graze the pastures, is also responsible for more than 40% of our greenhouse gases.

More than 75% of this is methane - a natural gas with a 100-year warming impact 28 times greater than carbon dioxide - and there is no easy solution to this.

Over the past two decades, AgResearch scientists have used genetics to breed sheep that produce 10% less methane from pasture. As genetics is a permanent and additive trait, there is great potential for further reductions in succeeding generations. We are now looking to advance this genetic technology in cattle and deer.

Similarly, Fonterra is trialling a probiotic that has shown promise in reducing methane production when fed to calves.

Methane inhibitors, or compounds that can be fed to an animal to reduce methane production, sound simple - and there are a few feed additives that have been shown to consistently reduce methane, but the evidence is primarily from housed systems overseas.

For something to reduce methane, it must be in the rumen at the same time as the feed the cow is consuming. But most of our ruminant animals consume pasture as the majority of their diet. This makes it difficult to use these inhibitors, because only dairy animals are yarded daily to be fed a supplement.

Even then, because its time in the rumen does not coincide with the fermentation of pature, their effects on methane are much less than promoted internationally. And so, we are continuing to fund research into other inhibitors and delivery mechanisms that will work in our pastoral system. However, as with anything fed to food production animals, we need to also make sure that they don't adversely affect food safety or market access.

We are also funding work on the development of a methane vaccine, wherein a cow, ewe, or doe will produce antibodies to the methane-producing microorganisms. This would be the holy grail, where one intervention annually would reduce methane emissions for the herd or flock.

It is not an easy problem to solve, but our farmers are used to innovating their way to solutions - and we're backing them.

As the saying goes: He waka eke noa - we're all in this together.

Dr John Roche is the chief science adviser at MPI.

Budding photographers who attended a series of courses in Weber, 28km southwest of Dannevirke, not only had a chance to upskill, but also had a valuable opportunity to connect with other locals.

A farmer who failed to adequately feed cattle, treat worms and tend to ill and injured cattle, has been fined and banned from owning or managing animals for a decade.