A change in rural neighbourhoods? 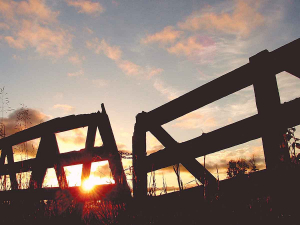 OPINION: Don't be surprised if you get new neighbours soon.

Don’t get the idea you may outbid these potential neighbours. It is not that they have deeper pockets – that’s a given. It’s the cold hard fact that they can make a truckload more money planting trees than you can out of running stock.

They can make at least twice your net per hectare and within a short time it could well be ten times that. The carbon price per tonne could go up 5 to 10 times in the next short period. It is an amazing potential windfall on its way and you cannot get a cent of it. The Ardern-Peters Coalition has barred you from getting a slice of this emerging bonanza.

1. Farms are already being purchased across the North Island for trees. At least 12 have changed hands in the Taumarunui area. At least 100,000 ha in Wairarapa has gone to pines.

2. On average, a meat and wool property nets $500 to $700/hectare. At about $25/tonne a forest investor can get more than that today and still have the discounted income from the trees. Imagine what that looks like if the carbon price doubles and trebles and more as predicted.

3. Existing farmers cannot get this windfall. How unfair is that?

4. Trees don’t employ people for 25 years and then it’s all over in a month or so. What is that going to do to your community, the services, the school, your fuel bill?

5. NZ is already a net carbon sink. We sequester more than we produce. Any more trees means we are subsidising our competitors.

7. The Coalition has already broken the Paris Accord which states very clearly that no mitigation measures should reduce food production. Talk about cherry picking!

8. Cutting up to 40% of sheep and beef farmers and up to a third of dairy farms under the Zero Carbon Bill as predicted by some economists will gut our already vulnerable economy. Does Winston understand that and care?

9. On top of new water regulations and other compliance costs, these emissions measures will tip over some highly stressed farmers. Does PM Ardern -- the Queen of Kindness -- care?

The Zero Carbon Bill states very boldly that it is about “leadership”.

It’s not leadership, it’s virtue signalling, grandstanding on the world stage. If it was leadership of integrity the Coalition would be much more attentive to the huge damage their measures are causing you, your family and your community.

• Owen Jennings is a former ACT MP and past national president of Federated Farmers.