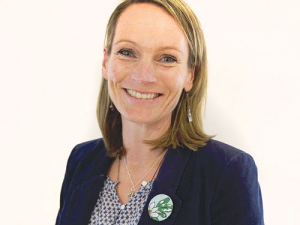 “Intensive winter grazing and over-wintering on crops are common practices in some areas of NZ, yet they often result in poor welfare for animals and damage to the environment.

“As veterinarians, it is challenging to see the conditions in which some livestock are living. For example, when they are constantly living on and in mud, their physical and behavioural needs are unlikely to be met.

“We are concerned for the wellbeing of all components – animals, people, and the environment – but the NZVA’s first concern is for the animals.”

A key animal welfare point is a cow’s ability to display natural behaviour, in this case to lie down, ruminate, rest and sleep, says Beattie.

When there is wet substrate (mud) the cows reduce their lying time by 50-75%, Beattie told Rural News. “They don’t have the ability to display their natural behaviour.”

And there may be other health issues, notably mastitis and hoof problems.

“But the key thing is that ability to display natural behaviours is a pretty important part of cattle welfare.  They like to lie down and ruminate and we should be providing an environment where they do that happily.

“There are specific issues with the types of crops being fed and other things… but natural behaviours is one for me personally which sticks out. We are talking about animals on wet substrates reducing their lying time by 50-75%. That is significant.”

Farmers need to decide whether they are choosing the right animal to winter crop in the specific areas with that specific crop.

“Cattle are big heavy creatures; they are 500kg and they are going to cut through topsoil.

“Among those key things to consider when putting crops in: is this going to be an area that will drain sufficiently, but not into a waterway? If it’s gravelly soil you may not see the runoff going overland but you will get leaching down through the soil.”

Resources are available online. The different levy organisations have information on how to crop and where you put crops, and consultants are available to talk about what type of crop to put in different places.

“That might not just be the seed merchant. You might need an ecologist to discuss whether, if you are going to crop off this soil, this is what you can expect as outcomes. It is a much bigger conversation than, will the crop grow in this place? What are the implications and ramifications of growing it in that spot and can we make changes to that?”

Beattie says she is not being too precious.

“I realise there will be cows on mud in farms in New Zealand. We have an outdoor farming system, it rains and that is a given. But there’s mud and there’s mud,” she says.

“Cows living in mud up to their udders and having no desire to sit down and rest and ruminate is a different type of mud from just when it gets muddy in the winter.”

Beattie says an opportunity exists for people to do it well – where welfare is protected, waterways are still clean and significant ramifications don’t arise. And speak out against the cropping tool being used to a very poor standard, she says.

Beattie says the physical health issues these animals may face is not the whole thing, but also their mental state as sentient beings, which must be considered under the Animal Welfare Act.

She has been discussing these issues with the NZVA’s primary industries branch committees, NZVA members, other stakeholders and environmental experts.

“A lot of research in this area supports our concerns. For livestock to be constantly knee-deep in mud, without adequate shelter, and unable to lie down, rest, and ruminate as they normally would, is stressful and harmful to their health overall.”

Many health and welfare issues arise from livestock being kept for a long time in wet and muddy conditions, including:

- Poor hoof health that contributes to claw lesions and lameness

- Inability for proper rest and rumination

Knowing how to give calves the needle

Most farmers are well prepared for the new disbudding and dehorning regulations which will take effect on October 1.

Vets NZ-wide are gearing up to help farmers comply with new rules on using local anesthetic while removing horn tissue from cattle.

Good onfarm animal management will be essential if plans to eradicate Mycoplasma bovis are to succeed, the New Zealand Veterinary Association says.