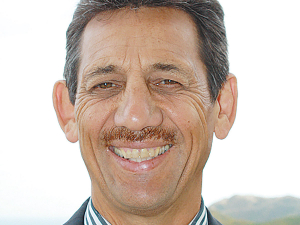 Two farms from the North Island east coast and one from Central Hawkes Bay are the finalists in this year’s Ahuwhenua competition for the top Māori sheep and beef farm.

The finalists were announced by Agriculture Minister Damien O’Connor at a function at Parliament attended by politicians and agribusiness leaders from NZ-wide.

The Ahuwhenua Trophy is the leading award for excellence in Māori farming, inaugurated in 1933 by the Māori leader Sir Apirana Ngata and Governor-General Lord Bledisloe.

The objective was and still is to encourage Māori farmers to improve their land and overall farming position as kaitiaki.

On a three year rotation, the trophy is competed for by Māori farmers in the sheep and beef, horticulture and dairy sectors.

The chair of the Ahuwhenua Trophy management committee, Kingi Smiler, says the high calibre of this year’s finalists shows the strength of the Māori agribusiness sector. Selecting the three finalists from an impressive field of entrants was no easy task, he said.

“This competition is prestigious and people actively seek to enter this event to showcase the quality of their farming enterprises. What makes Māori sheep and beef farms so special is that in most cases they are in remote hill country areas which in itself makes farming operations challenging throughout the year, but especially in times of adverse events.”

Smiler says the resilience and innovation shown by these people is an example to all New Zealanders that hard work coupled with clear strategic objectives and excellent farm management can produce outstanding outcomes.

He says over the years the Māori agribusiness sector has grown exponentially, not only in sheep and beef, but also in dairy and horticulture. Māori are rapidly moving into the value-add space to increase returns from their assets.

Damien O'Connor says this year’s finalists are at the top of the game and provide the inspiration and example for others to get out and do better and grow the economy of NZ.

“We have to encourage excellence and better performance – right across agriculture and horticulture,” he says.  “We have a few challenges in the areas of training, but this government is committed to provide better opportunities for young people – Maori and others – to get into agriculture.”

O’Connor couldn’t resist a comment on the capital gains tax controversy saying it’s nice to be involved in a sector in the agricultural industry that doesn’t rely on capital gains to benefit its people.

“I acknowledge the progress that has been made in Maori farming where you don’t rely on the purchase and sale of land to generate benefits and long may that continue.”

Originally, O’Connor wasn’t scheduled to be present at the announcement of the finalists. He had planned to be in Egypt for trade talks, but with further discoveries of fruit fly in Auckland, he decided to cut short his trip and return to NZ.

Field days will held at the three finalists’ farms in April and the winner will be announced at the awards dinner in Gisborne at the end of May.