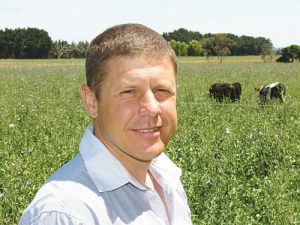 Predictions of a dry summer may make early weaning an attractive option for sheep farmers this year, provided they have high-quality legume-based forages available for their weaned lambs.

With the right management, early weaning can be a valuable tool that benefits both ewes and lambs by reducing competition for feed, especially in seasons when grass-growth is limited.

Early-weaned ewes can either be sold early, which frees up feed for other stock classes, or be given more time to recover body condition before mating next year.

Trials run at Massey University found lambs over 20kgLW coped best with early weaning (minimum weaning weight was 16kg LW). However, it was the quality of the forages on offer that was the greatest determinant of how well lambs grew post-weaning.

Professor Paul Kenyon, who led the early-weaning trials, says early-weaned lambs should be given unrestricted access to legume-based forages, e.g. a herb clover mix at a minimum cover of 7cm in height or a ryegrass/white clover mix between 1400kg DM/ha (5cm) and 2000kg DM/ha (10cm) – ideally with a high percentage of clover.

If lambs are weaned onto a legume crop, they should be given time to adjust to a change in feed. Running the ewes and lambs onto the crop a few days before weaning, then running the lambs back onto the crop after weaning, will help minimise the weaning check.

In late lactation, all lambs – but especially multiples – are receiving very little nutrition from the ewe.

So when grass-growth is limited the ewes are competing with their lambs for feed, compromising the performance of both.

Kenyon says early weaning can be a flexible stock and pasture management tool, which can be used to benefit the whole farm system.

For example, by weaning a proportion of the flock early it means some ewes can be used as a grazing management to prepare pastures for when the balance of the flock are weaned later.

He says early weaning can be particularly useful in hoggets, as it will give them more time to recover body condition between lambing and mating again as a two-tooth.

Partitioning high-quality feed into lambs in the late spring/early summer period will benefit the whole farm system. It means more lambs can be sold prime before the height of summer— making more feed available for capital stock – and ewe lambs can be grown out to heavier weights early.

This allows the flexibility to hold them back later when feed resources are more limited.