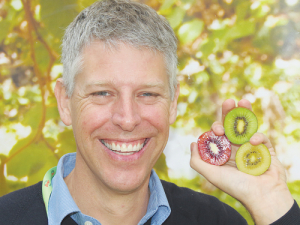 The Zespri board has approved the October 2016 forecast, which shows returns holding steady for Green and Gold, compared with the August forecast, and increases for both Organic Green and Green14.

Chief executive Lain Jager comments, “Markets conditions are positive and we expect we will finish the season in good time, with our marketing programmes now entirely focused on supporting Green sales. Fruit firmness is very good at this stage and this puts us is a good position to complete our later season sales in good order.”

The Gold return is $8.21 per tray, down by six cents from August and equivalent to an average per hectare return of $93,984. Sales are nearing completion with around a million trays to go as of the end of October.

It is normal to see the forecast Organic return strengthen through successive forecasts reflecting the inherent sensitivity of this smaller pool to relatively small changes to pricing, promotion and fruit loss provisions in key markets, Zespri says.

Green14 has increased by 40 cents to $5.52 per tray, giving an average per hectare return of $43,767. Lain says, “The next month is critical as we look to finish the season cleanly, sustaining orders and deliveries in our major markets.”

The total fruit and service payment, across all pools and excluding the loyalty premium, is currently forecast at $1.307 billion, unchanged from the August forecast.

Jager says, “As is always the case, having a tidy close to the season is critical to finish the season cleanly.”

The Zespri Board approved a forecast range for Zespri Group Limited net profit after tax for the year ending March 31, 2017 of $66 million to $71 million. This includes licence revenue from the release of 400 hectares of Gold3 licence.

How kiwifruit growers coped with Covid