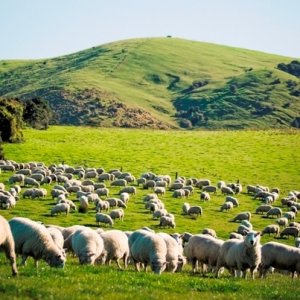 Wool prices are under pressure as large volumes of New Zealand wool comes on to the markets during January to March, says Cedric Bayly, general manager of PGG Wrightson Wool.

"We are already seeing evidence of softening prices across most classes of product as exporters come under price pressure, exacerbated by the strength of the New Zealand dollar and the failure of economies overseas that we sell into," he says.

Bayly says this may result in manufacturers changing their buying patterns.

"Manufacturers are purchasing on shorter payment terms and are ordering only when wool is needed rather than also buying for stock," he says. "Wool carpets are repositioning to the top half of the market and leaving the bottom to chemical base fibres. This has been driven by raw wool fibre prices.

"This equates to a 'good news, bad news' scenario. Wool growers benefit while on the other side of the equation yarn spinners, who don't operate on very big margins, are finding it difficult to absorb significant price rises over a short period."

Overall Bayly says the commodity cycle is on a long term growth path, driven by large scale demand from economies such as China, Asia, UK and Europe.

Wool prices have been no exception, though the increases have been mercurial in light of short global supply of coarse wool, with New Zealand prices virtually doubling in just over a year helped by a decline in sheep populations.

The wool industry hopes for some lifting of COVID-19 restrictions limiting shearing and crutching to animal welfare reasons only.