What’s the beef with lamb prices? 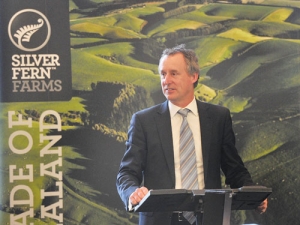 Pre-season forecasts of 18kg lambs returning $100 never really eventuated with schedule prices tumbling to less than $90 pre-Christmas and in free-fall ever since. It takes an exceptional 20kg lamb now to earn anywhere near $95.

Markets remain weak, with commentators saying sheepmeat prices had been following the annual pattern, but they have now fallen to levels not seen for many years. This has not been helped by a very dry summer in many regions, with the high early season kill further decreasing lamb prices.

Meanwhile, demand for higher-priced chilled lamb is expected to ease when Easter shipments leave later this month. Store lamb markets are not flash either.

However, poor red meat returns are not a new phenomenon. Sheep farmers for years have been decrying their profitability and the sustainability of the sector. It has been the catalyst for the huge numbers of sheep farms converting to dairy in the past two decades.

It has also led to numerous attempts by farmers and others to reform the industry, but to no avail. The most recent incarnation of industry reforms is the now barely alive Meat Industry Excellence Group (MIE). Founder John McCarthy says the ginger group was formed out of farmer frustration; its key focus was in three key areas:

The meat sector's 'destructively' competitive model beyond the farm gate.

"Things have got worse, not better," McCarthy says. "There are now fewer sheep, but less return and this defies the basic principles of supply and demand."

He claims that at least 50% of sheep and beef farmers are now unable to reinvest adequately to maintain – let alone grow – their businesses.

"At current levels, approximately 80% of farmers are operating at below the cost of production, especially those reliant on store stock."

McCarthy believes many sheep farmers have been propped up by the previously buoyant dairy industry through dairy grazing and the like. He speculates that, given the current dairy downturn, there may now be potential banker jeopardy for both sectors.

"Have the [meat] companies over-exposed us to China – like the Australian mining sector? Has this been done at the expense of our traditional markets?" he asks.

Many of McCarthy's and MIE's questions still stand, even though MIE has arguably been living on life support since its raison d'être – a merger between Alliance Group and Silver Fern Farms – was killed off when SFF shareholders late last year overwhelmingly backed a 50/50 joint venture with

He understands farmer frustration: despite all the talk of growth in demand for protein internationally, they are not seeing this translate into better lamb prices.

"It is about supply and demand at a particular point in time. When demand is lower at a certain price, then to sell the product the prices need to adjust accordingly," Hamilton told Rural News.

"The question becomes 'why is demand lower, and are the factors temporary or permanent?' In our view demand for NZ lamb is lower generally because of:

A confluence of events in a number of our traditional lamb commodity export countries – some inter-related. The UK,

France, Greece, Middle East and China all have challenging economies. In these times, demand for higher priced protein – which lamb is – will invariably decline and food inflation overall will be low;

At least two of these countries (China and UK) have higher than normal domestically produced inventories of sheepmeat;

The price of competing proteins such as chicken and pork is low in part due to low grain prices."

Whether or not these three factors are permanent is anyone's guess, Hamilton says.

"We are optimistic that, over time, these factors will all improve from their current positions, with the last two more likely to improve before the first which is much more substantial."

Meantime, Hamilton claims that lamb continues to be a premium protein product. "It achieves a higher price – like for like – than beef, chicken and pork."

Despite this, he adds that this season has shown that a high kill in a short time can be negative when the market is fragile.

"Currently, end market demand for lamb and beef commodity products has continued to weaken. It's a tough world out there right now in virtually every commodity, be that oil (10 year low under $30 per barrel), milk powder, coal, iron ore – the list goes on," Hamilton explains.

Hamilton admits the fall in demand from China has been problematic for the meat industry.

"It's taking longer than anyone thought to find supply/demand equilibrium in Chain," he says. "It is difficult to have certainty on timeframes that far out in a market of that scale and with such a large domestic sheep flock. For mutton we are experiencing really tough end markets in China (as well as in Europe). In China, demand is subdued as inventory remains high, and falling prices have meant importers have become risk averse."

China is one of our three largest markets for red meat and is the largest global market for NZ sheepmeat by volume. Hamilton says it remains a big and important market, even with the current challenges.

However, not all the news and markets are bleak. Hamilton says SFF's Xmas chilled sales to the UK and France went well, with retailers reporting a full sell-through.

"The Easter chilled production period is well underway and we are optimistic that this will perform as Xmas did. These are the two critical demand periods for chilled lamb."

However, he concedes that when these Easter shipments are finished demand will ease.

"Once we're through to the early part of February then we will revert to frozen legs, a more challenging market with lower prices and lower demand," Hamilton says. "Lamb farmgate prices will reduce to reflect the lower realisations, as they do each season post the chilled periods."

"We are doing this through our plate-to-pasture strategy where we are creating value-added branded product ranges that attract premiums from the market even in times of commodity price downturn. This is a long journey we have started, but we believe it is the right path to reduce the exposure to commodity markets."

Hamilton says SFF is driving on with its strategy – focused on achieving greater chilled and value added product into the sales mix in order to increase the value being achieved.

"By expanding the value pie, we can over time improve prices able to be paid to our suppliers and at the same time create a financially sustainable future for the company. Our chilled and value added sales are currently 20% of our overall sales and climbing," he adds.
"So far this year we have met our goals for an increased proportion of chilled sales of lamb, prime and venison. This has been through new customers, in some cases new markets, and gaining a greater share of existing customers."
Meanwhile, Hamilton claims SFF's new ownership structure will also help generate better returns for farmers.

"We are confident that the proposed 50/50 partnership with Shanghai Maling will be a game changer for our co-operative.

"We believe that to have the largest red meat processor well capitalised and focused on adding value must be good for farmers."

Ironically, the second line in the Blam Blam Blam hit goes: "There are no sheep on our farms". Unless there is a major change in fortunes for red meat prices – and soon – the 1980s punker rockers' prediction may prove correct.