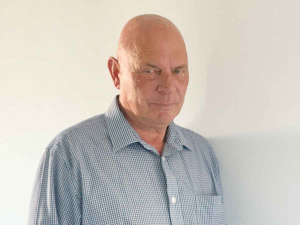 National secretary of the Meat Workers Union, Daryl Carran, who recently took up the role, says all the meat companies have played the game by the rules very well. He told Rural News that if all the problems in the sector were handled in the way that COVID has been, it would be great.

Carran says currently between 75% and 80% of meat workers are on the job and those that aren’t working are either over 70 years of age, have underlying health issues or have personal family circumstances that make it safer for them – and others in the workforce – to remain in isolation.

He says the process of making the plants safe for workers during COVID was taken seriously by the industry.

“I must admit, there haven’t been too many occasions like this, but we’re having weekly briefings with the Meat Industry Association, MPI and the Public Service Association and have found that extremely informative and helpful,” he says.

“That allowed for input from the workers’ side of it and so I think that helped clarify things. It certainly resulted in the companies absolutely abiding by all the rules and taking the necessary steps to ensure the safety of workers.”

Carran says that practices such as the extra cleaning of hands and equipment, provision of extra personal protection equipment and physical distancing rules were strictly adhered too. They have also had to ensure that the distancing of two metres was observed in the dining rooms and the workplace, and that there no crowding in hallways at plants.

“The NZ meat industry has worked together in the interests of keeping people safe. This is in sharp contrast to what has happened in the USA where workers have contracted COVID-19 and whole processing plants have had to close down.”

Carran says the only issue in NZ was when a small plant had to close down for two weeks as a result of staff member having contact with the Bluff wedding cluster. There was also a worker who tested positive at Alliance’s Smithfield plant, but no others were infected.

He says production at the plants has been ramping up and varies from company to company. In some cases, it’s as high as 75% and notes that some have managed the changes better than others. But Carran says what is positive is that all the meat companies – in one form or another – have compensated workers who couldn’t come to work. He says even those workers who weren’t eligible for the subsidy were compensated for being on standby – as opposed to having their employment cut short.

“The big companies made sure that their workers got paid their full wage – even when they were getting about half the production that they would normally get.”

While Carran is delighted with the overall response of the industry, he singles out Silver Fern Farms for going above and beyond what was required. He says SFF’s communication with the union has been excellent with daily briefings between management and workers. Carran says this has ensured that potential problems have been headed off.

“In terms of paying workers, SFF went beyond just making sure that staff didn’t lose money because of COVID, they paid them extra in recognition of the conditions they were having to deal with on site.”

Carran told Rural News he takes his hat off to the overall way the meat companies have handled the situation.

OPINION: GoDairy is another example of the NZ agri sector spearheading the country’s journey through Covid-19.