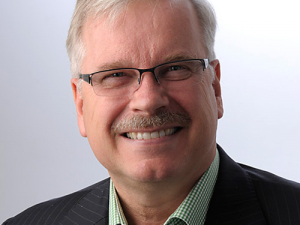 The question is “will he use them?” Jacobi asks.

“The impacts and choices for New Zealand under a Trump presidency are unclear at best,” says Jacobi, a former diplomat who is executive director of the NZ International Business Forum and also on the NZ China Council.

“In the short term, I find it hard to see a way through for the Trans Pacific Partnership (TPP) in the ‘lame duck’ session,” he says.

“Longer term, the issues behind TPP (market access, better trade rules, actions to promote investment and reducing the costs of doing business) will all need to be addressed.”

Going forward, it’s all about policy, people and the president himself, he says.

Jacobi says it remains to be seen whether Trump really will rip up the North American Free Trade Agreement (NAFTA) between US, Canada and Mexico.

“What about multilateral agreements like the WTO and the Paris Agreement on Climate Change? “On people, who will advise Trump on trade? Will the Republican establishment come back to serve in a Trump administration?

“On the president, how will his unpredictable and abrasive nature play into global policy?”