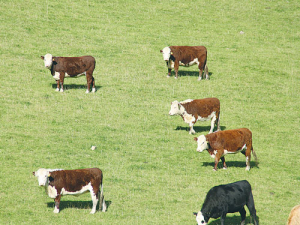 It says the Comprehensive and Progressive Agreement for Trans-Pacific Partnership (CPTPP), due for signing later this month, will bring gains for Australia and New Zealand as beef exporters.

Meanwhile, the EU is considering accepting another 99,000 tonnes of beef from four South American countries as part of a new trade deal under negotiation, the bank says.

The RaboResearch Beef Quarterly report says gains are expected for beef-exporting countries Australia, New Zealand, Mexico, and Canada because of reduced tariffs imposed by big-spending Japan and those of the smaller importers Chile, Vietnam and Peru.
The EU is working on a trade deal with the four founding members of Mercosur (Argentina, Brazil, Paraguay, and Uruguay). Rabobank refers to a newly tabled proposal that would allow Mercosur countries to send 99,000t of beef to the EU at a lower tariff level.

“Mercosur negotiators are apparently seeking an increase to 150,000t,” Rabobank says. “This standoff may further prolong the discussions, which already run the risk of delay due to the Brazilian elections.”

China has approved chilled-beef access for Argentina – fourth-ranking behind Australia, US and NZ.

In frozen beef, Belarus has approval: two plants were accredited in January.

China has signed to import beef from France and UK, starting in the next few months.

And the first shipment of live cattle from northern Australia arrived in January – “the strongest indication that live-cattle trade may persist,” the bank says.