Tip Top to go on the block? 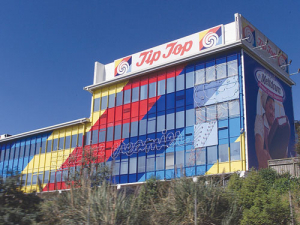 Fonterra’s review of assets could see it sell Tip Top.

Fonterra says its asset review process is well underway, but there’s nothing to announce right now.

A Fonterra spokesman says people will speculate on “what all this could mean”.

“When we are ready, we’ll be open with our people, farmers and the market about any changes,” the spokesman told Rural News.

“We are taking a close look at our current portfolio and reviewing all of the co-op’s investments, major assets and partnerships against our strategy.

“This includes assessing their return on capital and whether there is opportunity to scale them up and grow more value over the next two-three years.”

Media reports have named the New Zealand ice cream business Tip Top and the South American subsidiary Soprole as the two value-add businesses under review, along with its disastrous investment in Chinese baby food company Beingmate.

Fonterra’s strategic review emanates from its 2017-18 net loss of $196 million, the first in its history; the co-op aims to reduce its debt levels by $800m to protect its balance sheet.

Included in the review is Fonterra’s 18.8% holding in China’s Beingmate, whose poor performance and internal power struggle forced the co-op to write down the value of its investment by $405m from the original $750m paid.

“We need to divest assets to meet that commitment,” he said.