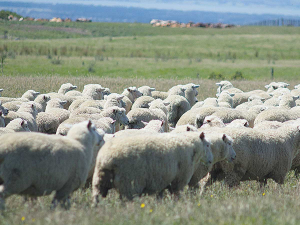 A South Canterbury farmer was fined $17,500 for starving and ill-treating his sheep.

“These animals were Mr Prelvin’s responsibility and he failed them.

“Mr Prelvin did not give them the feed and veterinary treatment they needed and as a result they suffered unnecessary pain and distress,” Harrison says.

He says animal welfare inspectors visited Prelvin’s property at Pleasant Point on 5 August 2019 following a complaint from a member of the public.

“At the time of the inspection, Mr Prelvin was responsible for 75 sheep and 27 lambs.

“There was very low pasture cover in the paddocks and no supplementary feed available,” says Harrison.

As a result of the lengthy and combined effects of minimal feed and heavy parasite burden the inspection identified 20 emaciated sheep along with six dead in and around the water race. Another sheep was found tangled in fencing wire.

“13 of the 20 sheep required euthanasia to end their suffering. The other seven were able to be managed in order to save their imminent lambs,” says Harrison.

MPI is strongly encouraging members of the public who are aware of animal ill-treatment or cruelty to report it to the MPI animal welfare complaints line so that prompt action can be taken.