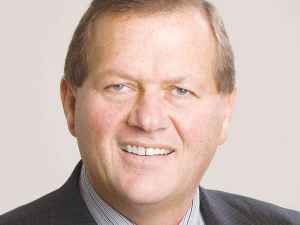 Colin Armer, former Fonterra director and co-op’s largest shareholder has filed a complaint with the FMA.

Armer, who stepped down from the co-op’s board in 2012, has asked the Financial Markets Authority (FMA) to investigate the accuracy of Fonterra’s financial reporting -- including auditing. Fonterra’s accounts are audited by PwC.

He says shareholders may not have been told the full story about how bad the business really went.

In the time it took a slow plane to fly from Rotorua to Christchurch, Armer wrote a letter to the chief executive of the FMA, Rob Everett, as follows:

“I am writing to you to formally make a complaint about the last four years of Fonterra audited accounts (F15, F16, F17 a F18). My complaint centres around the accounts recording carrying values of assets [which are] higher than the market price for the Beingmate investment listed on Chinese Stock Market and China Farms, which have not made any EBIT for the entire life of the asset. This is despite Fonterra using internal transfer pricing to mitigate the negative EBITs from those farms.”

Armer believes there had been inconsistent valuation methods for carrying values for both of these assets.

“Beingmate was valued based on its future earnings, however the valuation of China Farms was based on the individual animal/asset values. In the F18 accounts, the carrying value of the Beingmate investment was reduced, but still at a premium to the market value.
In the announcement made by Fonterra this last week, a range of investments including China Farms have been signalled for substantial write-downs estimated at $820-$860 million for the F19 year.”

Armer told Rural News he’s “very suspicious” that shareholders had not been getting a true picture of the company’s finances. His prime concerns were “losses not accounted for and over-valuation”.

Armer says he first had doubts about the company’s asset valuations after seeing the accounts for the 2015-16 financial year.

He wrote to the co-op’s auditors “laying out concerns” in April 2017, questioning valuations for Beingmate and China Farms, in particular.

Armer wondered, at the time, whether the auditors were getting “too close to management” and he suggested it may be time to rotate them for a fresh perspective.

Three auditors met Armer on one of his farms at Taupo and assured him that the valuations were fair and accurate.

Armer says he asked the auditors whether the valuations, if they were “artificially held up”, would have an impact on performance bonuses.

The auditors looked surprised and said they didn’t have any insight into that because they were not auditing performance payments.

“They looked each other and said ‘we’re not doing those’,” Armer said.

That evaluation was done by an independent director, David Jackson, who retired from the Fonterra board in November 2017.

Jackson chaired the co-op’s audit and finance committee for 10 years and held other pivotal positions including chairman of the milk price panel and the nominations committee. He was also a member of the risk committee, the fair value share committee and the TAF (trading among farmers) due diligence committee.

Armer says his doubts about inflated performance pay are only a “subset” of a call for full disclosure.

He has also called for reform of the Fonterra shareholders council.

He says he made his concerns about the co-op’s valuations widely known to directors, management and the shareholders’ council in the past two years “so nobody should be surprised”.

As a former director, Armer says it’s hard to believe that Fonterra is signalling massive write-downs in the value of its assets.

“I would never have believed it was possible, but we had a chief executive [who] wasn’t held to account at the time.”

Armer says it appears the current directors and chief executive are doing their best to “clean house” based on the most accurate asset valuations.

While he is the co-op’s largest individual shareholder -- an outright owner or shareholder in 85 farms -- Armer says he doesn’t expect anything more from the co-op than other farmers and investors.

“We’re all in this together,” he said.

He is not considering ditching Fonterra because of his concerns, but will always ask questions about the co-op’s performance, he says.

Five of the 85 farms he is involved with supply Westland Milk Products, but Armer says he is a strong supporter of Fonterra “and you can’t get a higher milk price”.

Right now, despite getting calls of support from other farmers, Armer says he hardly felt like a Fonterra heavyweight flexing his muscles.

“I’m the leper of the company,” he said.

We will answer – Fonterra

Armer supplied Rural News with a copy of his letter to the FMA’s chief executive, Rob Everett.

“I acknowledge receipt of your complaint about Fonterra’s audited accounts,” Everett replied. “In the context of their recent announcement, and ahead of their pending audited financial statements for the last period, we have engaged with Fonterra’s management and made some requests for information.  We are now considering what further information may be required to assist our enquiries.”

Everett says the FMA would forward Armer’s concerns regarding Fonterra’s audits for the 2015, 2016, 2017 and 2018 periods to CAANZ (Chartered Accountants Australia and New Zealand) and NZICA (New Zealand Institute of Chartered Accountants) “as the front line regulator of licensed audit firms”.

He says the FMA would also continue to engage with NZICA over this matter and provide support where needed.

“I would anticipate that process will take some time, but would be happy to update you as we proceed (to the extent we are able to share NZICA decisions publicly).”

He says the projected write-downs were made as a result of the full review of the business over the past year, and the work done so far to prepare financial statements for the 2019 financial year.

The write-downs were “approximates and were yet to be audited,” Rivers says.

He adds that the numbers could change following the end of year audit process and that Fonterra will be releasing the final numbers with its annual results on September 12.

The auditing role could be moved to KPMG if shareholders approve this at a meeting in November.

Rivers says the co-op had a constructive, professional relationship with the FMA and respected its role in ensuring investors were fully informed.  “We met with the FMA the week we announced these impairments and discussed our methodology and rationale for the decisions with them and will continue the conversation with them throughout the reporting process.”

Rivers says he and other Fonterra management and board members will answer shareholders’ questions at its series of regular results meetings.