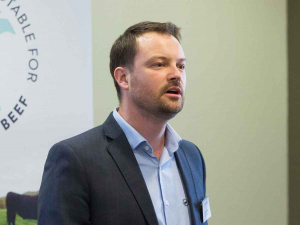 “This led to projected revenues being over 30% lower during April than the previous year, which met the criteria for being eligible for the wage subsidy,” SFF spokesman Justin Courtney told Rural News.

“This slowed our production levels by up to 50% at some of our sites – though we ramped up efficiency levels across all species. Through all of this we were able to retain and pay our staff.”

Courtney says SFF worked with the support of the union through this period.

“We committed to those employees that were still working during the Alert Level 4 and 3 periods that their pay will not be less than 95% of a normal pre-COVID-19 production day, despite lower throughputs and we also implemented a bonus for production staff.

“For any staff that could not work at all due to COVID-19 restrictions they continued to be paid at a weekly rate higher than the wage subsidy.”

Courtney says this covered those who were solo-carers, employees aged over 70 years and those who meet the Ministry of Health guidelines to self-isolate.

“[The wage subsidy] was applied for during considerable uncertainty for our company – both domestically around our ability to operate under Level 4 restrictions,” he added. “There was significant global market disruption for our products, with containers held-up in China, airfreights to Europe cancelled, disruptions in the Middle East and delays in containers returning to New Zealand for future shipments.”

Courtney says SFF is still monitoring its operating conditions, honouring commitments to staff and will pay any unneeded funds back.

“We are engaging with government in order to keep them updated on our progress given the situation has been so fluid through this period.”