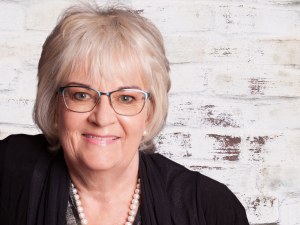 Julie South says the Government could help the vet sector by immediately opening up the working holiday visa scheme.

South told Rural News that while self-isolation will still be a requirement, it makes things much easier.

She says the Government could help the vet sector by immediately opening up the working holiday visa scheme.

"As well as overseas qualified vets coming here to work on a permanent basis being restricted over the last two years, what's also made it hard is the complete lack of vets and vet nurses being able to have their OE here via working holiday visas," says South.

"It's these vets and experienced vet nurses who provided the critical locum services to clinics from Kaitai to the Bluff and everywhere in between that we've been so desperately short of over the last two years."

South says she knows many other sectors which urgently require overseas workers for their businesses to survive.

"However, it would be great if all government departments worked together for the greater good of New Zealand's veterinary sector so that vets and vet nurses who wanted to have their OE Down Under are granted working holiday visas sooner rather than later," she says.

"Given it can take four to six months to get a vet into NZ when everything is running smoothly pre-pandemic (resignation period required in their home country, visa insurance and other requirements), I anticipate we're not going to notice any significant relief until around spring, so urgency is definitely required."

"Which is good to see, because I was starting to wonder how much damage had been done to NZ's international brand overseas with our closed-door approach over the last two years."

She announced that from Sunday 13 March, there will also be an expanded border exception for critical workers and skilled workers earning at least 1.5 times the median wage, who will also be eligible to enter New Zealand.

"This means that health workers, farm managers, and horticultural workers will all be eligible to enter New Zealand, self-isolate for a short period and then go about their business," Ardern claims.

DairyNZ is welcoming the plan for critical overseas workers to self-isolate from next month.

Chief executive Tim Mackle says that the ability to get the workers through the border the class exemption was not achieving its goal of allowing international workers onto farms.

"We have been working with the Government, putting forward several suggestions as to how our sector could manage the balance between the health risk and our labour needs. It is rewarding to see how this planning has paid off."

However, he says there is still work to be done to ensure that the sector gets the amount of people it needs to address a severe labour shortage.

"With a shortfall of about 4,000-6,000 dairy workers we have asked the Government for a further 1,500 international workers be allowed into New Zealand in 2022," Mackle adds.