Search is on for Taranaki environmental heroes 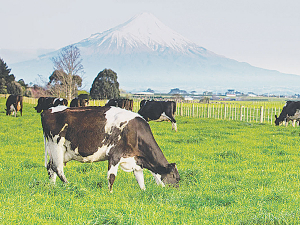 The awards are designed to recognise initiatives to protect and enhance the environment, at both a neighbourhood and regional scale.

The awards are in their 29th year and in that time there have been over 329 winners.

People can nominate themselves or their organisation, or others working in the environmental space anywhere in the Taranaki region.

In 2021, the awards recognised those who were ground-breaking in their efforts to build sustainable communities, reduce carbon emissions, improve native biodiversity and protect wetlands and other native habitat.

Council chairman David MacLeod says year-on-year there is a high calibre of entries from a diverse range of entrants.

“We are pleased to be able to have a platform where initiatives from school students to major corporates, from farmers to iwi and hapū, from community to grassroots conservation groups, are shared and celebrated. This is a prime example of the ongoing commitment to the preservation of the Taranaki.”

MacLeod says the awards are pivotal in celebrating the work happening in the community and “recognising Taranaki environmental heroes”.

“We are excited to celebrate these heroes at a more formal event this year, following the disruption and uncertainty caused by Covid-19 in previous years,” he says.

Nominations are open until 31 August, with winners announced at a special local event in November.