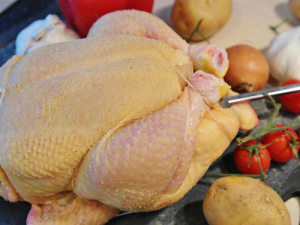 In the last couple of years, imports of turkey have been allowed into NZ for the first time.

In the last couple of years, imports of turkey have been allowed into NZ for the first time. The Americans are starting to export turkey to NZ.

Imports are a huge issue for us as an industry. NZ is a unique country in respect of the poultry diseases it has. There are three major poultry diseases, avian influenza (bird flu), Newcastle disease and Infectious bursal disease also known as Gumboro disease.

Every other country has one or more of those diseases; NZ has none of them. On that basis we have always argued strongly against importing raw product.

“With the turkey that is coming in there are a lot of conditions around it, nevertheless it is coming in,” Brooks says. The Government and MPI have talked for years about potentially importing raw chicken.

“We would be extremely concerned about the importation of raw chicken into this country – not only for the industry. But when you think about NZ, it is unique in another way: its native fauna is avian; avian diseases could have an impact on our fauna,” Brooks says.

He believes NZ’s disease-free status has offered the its industry new opportunities in the breeding and supply of day-old chicks.

The main global suppliers have had issues with their base breeding farms in the US or UK being threatened by Avian flu. One of the companies is building a third global base in Huntly to breed millions of day-old chicks to send to Asia.

Commitment pays off for farm worker

Team spirit, pride in her work and a determination to succeed in her studies have proved a winning combination for Taranaki woman Amy Kimura.

KIWIS NATIONWIDE now have a greater choice of welfare-friendly, affordable eggs with the launch this week of Farmer Brown Colony laid eggs in supermarkets.