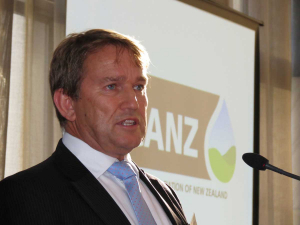 Malcolm Bailey is concerned about some of the remarks by certain politicians, whom he says have been quoted as thinking along these lines.

Bailey says at some stage COVID-19 will transition from being a health problem to an economic problem and any rise in protectionism will be bad for NZ.

Bailey says putting up the shutters in terms of trade barriers would be bad for everyone. He points to the example of Singapore, with whom NZ has an excellent trading relationship.

He says under a protectionist regime that country would virtually starve to death because they are not a food producer and in turn New Zealanders would be deprived of quality, cost effective consumer products.

“Anyone advocating protectionist policies is just plain dumb,” he says.

Bailey believes the market for dairy products has held up pretty well so far, but acknowledges that there have been challenges in terms of getting product to market. However, he says people have found innovative and pragmatic ways of sorting these out.