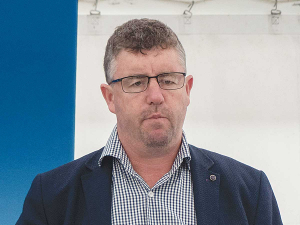 He says the Fit for a Better World Action Plan launched last week by Prime Minister Jacinda Ardern will actually see primary sector exports fall from around 16% of gross domestic product (GDP) to 14%.

He says lifting primary exports by $10 billion per annum to bring in a cumulative $44b of earnings in a decade sounds big but it’s a growth rate of around 1.5% per year.

“Primary exports have averaged around 6% growth since 1990...the primary sector won’t be leading any recovery at 1.5%,” he told Rural News.

Bagrie points out that the baseline is for primary exports to grow at 1.9% without a roadmap.

With the roadmap announced by Ardern last week, the aim is to get it up to 3.4% per year.

Bagrie notes that the additional 1.5% growth adds $10 billion. A 3.4% growth rate adds a “bit over half” historical primary export experience and would see primary exports shrink as a share of GDP.

Agriculture Minister Damien O’Connor said the sector’s ability to record 4.5% growth to about $48 billion of exports in the past year despite Covid-19, highlighted demand for our top-quality products.

He points out that the $10 billion in additional revenue each year from 2030 generated is on top of other growth that takes place. The cumulative total of additional export revenue over the next decade could reach $44 billion.

O’Connor says it is important to understand that the average 6% growth is based on decades of volume growth through intensification and claims it’s widely acknowledged that model is no longer sustainable.

“Our Roadmap would see projected growth rise to 3.4%, to $10 billion annually in 2030 – that’s higher than the 1.9% growth anticipated without the roadmap,” he told Rural News.

“We have estimated that growth conservatively based on uncertainty caused by COVID-19. Boosting primary sector exports will help grow jobs.”

O’Connor says there is a limit on growth fuelled by more production.