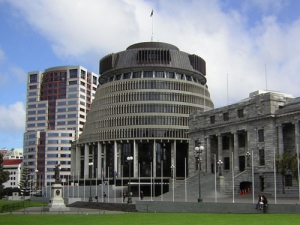 Feedback on the TPP from agribusinesses has been mostly positive, but the same cannot be said for most political parties. Here's an offering of what some of our political parties have to say;

At the forefront of the TPP agreement is National Party. Prime Minister John Key says, "Trade is incredibly important to NZ. As a country, we won't get rich selling things to ourselves."

"Now the negotiations have concluded, people will see that TPP is, overall, very positive for New Zealand." says Key, also stating that New Zealand will benefit by at least $2.7 billion by 2030.

Labour is unimpressed with the TPP.

Labour's acting leader Annette King says there are no meaningful gains for dairy and new costs for Pharmac.

Labour's finance spokesperson Grant Robertson says gains from the TPP for New Zealand's largest export industry have failed to meet the test set by the government.

"The government promised meaningful gains, but the dairy industry is describing the outcome as disappointing." he says.

The Greens took to YouTube for their response to the TPP.

In the video, MP James Shaw says the TPP is a "crappy deal".

Shaw argues that oil companies may be able to sue the government for preventing drilling in Maui dolphin habitats. He also added New Zealanders will have to wait longer and pay more for the next generation of cancer treatments.

"The deal increases the chances that New Zealander's will become tenants in our own land by changing the rules around the foreign ownership of land and property."

And all of this in return for a meagre 1% on top of our GDP."

The politician also took to Twitter, retweeting the satirical site, The Onion, with their story claiming Obama returned from the TPP summit with 5 Stout Ships Full Of Cardamom, Silk, And Indigo.

New Zealand First says the TPP has just made it a whole lot easier for foreign money to take over businesses in New Zealand.

"We have foolishly agreed to the lifting of the background check threshold opening us up even more to dubious investment practices," says party leader Winston Peters.

"The country will pay a price for lack of scrutiny in the future."

"At a time when huge sums of ill-gotten money are transferred around the world, and our checks through the Overseas Investment Office are already weak, we should be raising the bar against unscrupulous money merchants, not lowering it." he says.

"Now the deal is concluded the scaremongers can no longer make things up. They are faced with the reality that trade is a win win, and are looking very silly." says Seymour.

National Party leader Simon Bridges explains his party's view on farming and where the Coalition Government is failing.

Tony Kuriger, the son of National’s Taranaki-King Country MP Barbara Kuriger has pleaded guilty to eleven charges of ill-treating cows in a dairy herd he was responsible for.