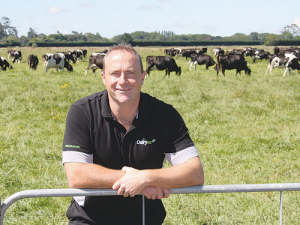 MPI's John Roche believes the new version of Overseer can be configured to have an application for both the arable and horticulture sectors.

It follows the first overall review of Overseer by a Science Advisory Panel of experts, which questioned the veracity of this tool to be embedded as a definitive regulatory tool. This prompted the Parliamentary Commissioner for the Environment Simon Upton to say that Overseer may have limited application in certain parts of the country, but can no longer be a central pillar of fresh water quality management.

Graeme Wake, Adjunct Professor of Industrial Mathematics and long-time critic of Overseer, says it should be scrapped altogether and is not fit for purpose. However, he concedes that soil science components of Overseer are likely to be solid science and up-to-date.

"Overseer is definitely not suitable as a regulatory tool, which is what the science panel that have just reviewed the tool have said," he told Rural News.

Wake describes Overseer as an overly simplistic approach that does not incorporate temporal 'cause and outcome' effects and system interactions.

He says Overseer relies on averages and in a dynamic system evolving in time the mean or average can be very poor statistics to use.

But Wake's views are not shared by MPI's chief science advisor, Dr John Roche. MPI, along with AgResearch and the Fertiliser Association, are the 'owners' of Overseer.

Roche says the concerns raised by the Science Advisory Panel about nitrate leaching can easily be fixed and says a plan is underway to produce a new and updated version of Overseer in the next 12 months.

He claims Overseer - in its present form and even the revised version - is not and was never intended to be a simple single fix to solve nutrient loss in every part of NZ.

Unfortunately, not everyone has seen the limitations of Overseer in its present form and as a result it has become embedded in some regional council plans as the main regulatory tool. Roche says it is elevating Overseer to a level that was never intended.

"It is possible that people didn't fully understand modelling and probably believed that Overseer was more accurate than it actually was," he says. "But that doesn't mean that it's not a useful tool and a redeveloped version of it could be a very useful tool. But as one of a suite of tools in helping meet our needs."

In this context - as one of a number of tools - Overseer will naturally fit and play a role in managing and improving fresh water quality. But as a single tool,  will not drive regulation. For example, Roche says overland flow paths, which carry phosphorus, sediment and organic nitrogren, need to be managed by separate tools.

"The concept some people have of some single, magical regulatory tool is unrealistic," he adds.

"Thus us really a complicated landscape and what I think came out quite clearly in the panel's report was that one tool is unlikely to be the one and only tool. The approach we are taking is that we will develop a suite of tools that will help regional councils and farmers meet their environmental targets."

Roche believes that the new version of Overseer will be available within a year.

A Southland independent farm consultant, Mo Topham, says ‘demystifying’ OverseerFM for farmers is key to its successful use.