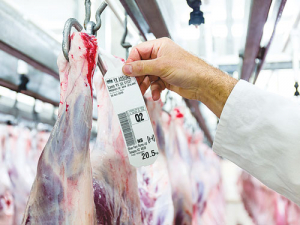 The apparent ease with which the global lamb markets have been able to absorb extra volumes from New Zealand and Australia indicates demand remains very strong, a Rabobank report says.

NZ exported 35,620 tonnes of lamb in May, up 21% on volumes exported in May 2016, says Rabobank animal proteins analyst Blake Holgate.

“China continues to lead market demand, taking about 40% of NZ’s May exports. The US is another market providing strong returns for NZ exporters, with US lamb export receipts surpassing NZ$40m for the first time,” says Holgate.

“Australian exports have also lifted sharply over this period, with ongoing drought forcing many farmers to destock, leading to record kill numbers. The apparent ease with which the global lamb markets have been able to absorb this extra volume from NZ and Australia indicates global demand for lamb remains very strong.”

“Rabobank expects competition for the remaining lamb supply to continue to put some upward pressure on prices, although further upside will be limited by the processors’ ability to extract further value the market.”

Holgate says the lower NZD/USD, and the seasonal decline in cattle supplies, will put some upward pressure on beef prices also. However, over the next month, he expects this to be limited by softening US imported beef prices.

Rabobank says continued depreciation of the NZD/USD, combined with the seasonal reduction in cattle kill numbers, led to a marginal increase in schedule prices during June.

“This currency movement has helped to offset weakening US imported beef prices, which are starting to trend downwards as supplies of US domestic beef production increase.

“While the end of NZ’s cow kill season traditionally provides some lift in US imported beef prices, as available import supplies tighten, any jump in prices this season is likely to be limited by the increased supply out of Australia, as drought in their key cattle producing regions forces them to increase their cow slaughter rates.”

Holgate says with the peak of the season’s kill now done, NZ’s total production for the 2017-18 season is on track for the first season-on-season increase since 2014-15, with the total beef kill now 7% ahead of where it was at this stage last season.

Rabobank believes available supplies of cattle for slaughter will now drop off through to the season end at the end of September with prime cattle making up the bulk of the remaining kill.